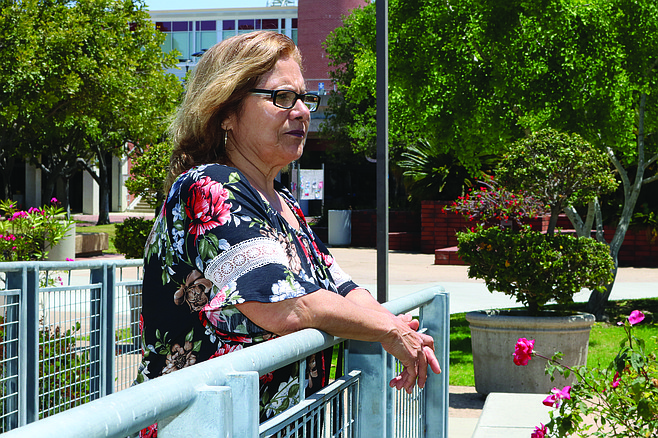 Will they owe their souls to the company town?

Where to store the Subaru, curb the Kia, or dock the Dodge? As San Diego’s housing crisis grinds on, the question of parking has become a monster whose tentacles reach well beyond conventional issues such as convenience, vehicle security, or personal safety.

To individuals and families who make their vehicles home, the daily and sometimes hourly chore of locating a safe and legal parking space is a primal battle for survival.

“When there’s no place to park, it’s like you don’t even feel human,” says Sylvia Martinez, a formerly homeless San Diegan whose lengthy period of living in her vehicle ended with her recent entry into a transitional-housing program. 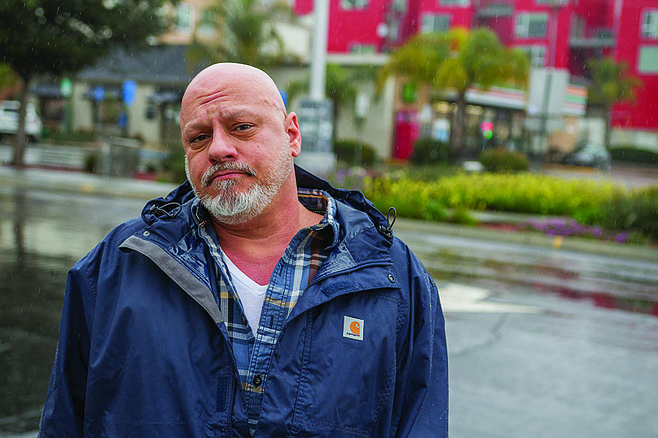 “I didn’t feel safe parking at a city park where I would see other homeless people, because they were getting high; and once I saw some of them actually stepping over a man who was deceased,” Martinez says, adding that the man had died near park’s restroom in his sleep during a freezing-cold night last winter.

Yet there’s a draw to parking near a park. “Restrooms,” says Martinez. “You’re a person. You still have the same basic needs as everyone else. You’re not an animal, so you look for facilities. You drive around. You use up your gas. It’s so scary, so stressful. You watch the gas gauge go down. You drive around — ‘Is that a spot? No. Well, there’s one, but the sign says move your car at 3 a.m.’ You know they don’t want you there.”

According to professionals whose work centers on solving America’s housing crisis — more than 550,000 people were homeless in 2018, a figure up 0.3 percent from the previous year. According to the Department of Housing and Urban Development — people who lose an apartment, a duplex, shared home or a single-family house can use their cars as assets to keep from falling into longterm or “chronic homelessness.” Use of the car for shelter, and to get to work and to accessing government and private-sector services, keeps people for sinking all the way to street living. 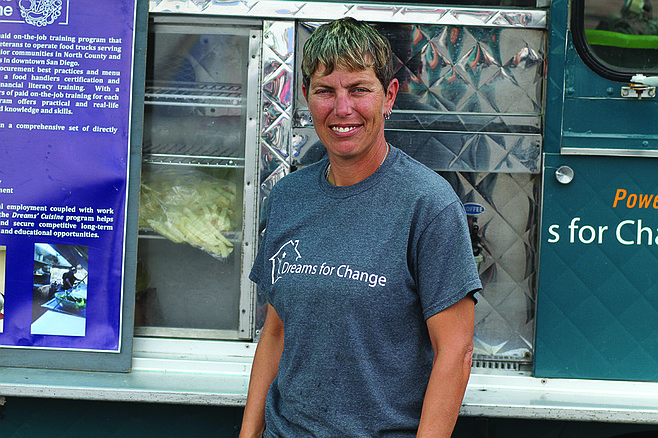 “Eliminating parking doesn’t change the need for individuals to own a vehicle,” says Theresa Smith of Dreams for Change.

Say advocates, doing both in an eight-hour business day or a five-day business week by way of public transportation adds layers of time that make the process orders of magnitude greater. In that time, a family or individual’s temporary homeless crisis frequently becomes a longterm one.

One San Diego nonprofit founder is precise in referring to cars owned by people recently made homeless as “assets.” She’s worried about the pace of diminishing parking resources in San Diego as increasing restrictions are put in place.

“Eliminating parking doesn’t change the need for individuals to own a vehicle,” says Theresa Smith, chief executive of Dreams for Change. “In a City with a limited public transportation system, a vehicle is often essential to maintain work and navigate resources effectively.”

Dreams of Change operates a program that aims to help people living in their cars make that circumstance as safe and as brief as possible. In the process, Smith’s group may be helping folks living in their cars avoid having their vehicles towed. The program is aptly named the “Safe Parking Program.” Sylvia Martinez is a former client of Safe Parking.

“Most people who we meet are individuals and families who you would recognize as your neighbors,” Smith says. “They are people who have employment or go to school. They are engaged in the community. Often times, when we have visitors to our program they are astounded by who they see as our participants. They’re surprised by who they learn are homeless. Homelessness has many different levels — and it’s not always about mental health or substance-abuse issues.”

One new San Diego ordinance, part of a whole package of reforms, ushers in sweeping and particularly welcomed change for local developers. Parking requirements for multi-family apartment, condo, and townhouse projects have been totally eliminated — that is when built near a so-called transit priority area. Whereas previously builders had to provide approximately 1.5 parking spots per bedroom in some cases, now there is a maximum number of parking spots allowed per building. At the same time, it’s perfectly allowable — in fact, it’s encouraged for builders to forgo parking spaces altogether.

As the pace of climate change and homelessness leave the federal government’s willingness to respond in the dust, many see cities such as San Diego and states such as California as glimmers of hope. The “not-in-my-backyard” moniker has given way to a once hard-to-imagine alliance among environmentalists, developers, social progressives, and others eager to act decisively.

But there are dissenters sounding the alarm, asking all of the parties above to pause and to act with greater attention to detail — and to the homeless. These dissenters say the unintended consequences of YIMBYism — an acronym for “Yes, in my back yard” — will be lasting damage to the very people it claims to help.

“The city council and the mayor just decided to hurt a lot of San Diego families,” says Mat Wahlstrom, a self-described smart-growth advocate and founder of Rescue Hillcrest. “There are not enough parking spaces as it is. Now there will be a lot fewer available, because now you can basically build a high-rise, multi-family building with no parking. It’s incredible.”

“This gift to developers steals what little security and freedom homeless families who live in their cars now have,” Wahlstrom says. “America used to have company towns with company stores where people owed their lives to the mining company or the mill they worked for. They were forced to buy groceries at the company-owned store. They lived in housing owned by the company they worked for. They lived their lives according to the dictates of the mill or the mining company.”

“The difference now is that instead of the mining company they’re going to owe everything to their landlord, which will be the city and a big corporate developer in a public-private partnership who will also be the landlord of supermarket downstairs that they’ll have to go to, because they can’t own a car, because there’s no parking in the building and the bus isn’t running. The dry cleaner and the daycare will also be owned and operated by tenants of the same building with the same landlord and so on.”

Among the more provocative findings in a study by UCLA urban planning professor Donald Shoup titled Cruising for Parking, is the fact that in many urban situations where parking is scarce, expensive parking makes causes motorists to drive multiple extra miles looking for the cheaper parking. Shoup’s study indicates congestion and (logically) carbon emissions increase when parking is made more scarce.

Shoup’s findings notwithstanding, the City of San Diego’s urban planners claim in their own study that the city’s new, shrinking parking plan will help alleviate congestion, increase housing affordability and go far toward implementing the Climate Action Plan and the “City of Villages Strategy,” which aims to reduce the number of automobile trips local residents and visitors make each year.

The City should develop a place that motor homes, vans, cars, etc. could park. RV parks have hookup and showers and laundry facilities. Is such a place was developed and the people could park there and pay on a sliding scale. The people parking there could contribute work toward their "rent" by doing chores and helping on keeping the place clean. In the camping industry those who help out are called "work campers". Also wrap around services could be provided to help get these folks out of their vehicles and into permanent housing. Help those who want help and are willing to work too. The rest are bums.

For anyone thinking my "company town" analogy in this article is farfetched: today Vice.com posted, "In the Future, You'll Work, Exercise, Sleep, and Die in the Same Building"