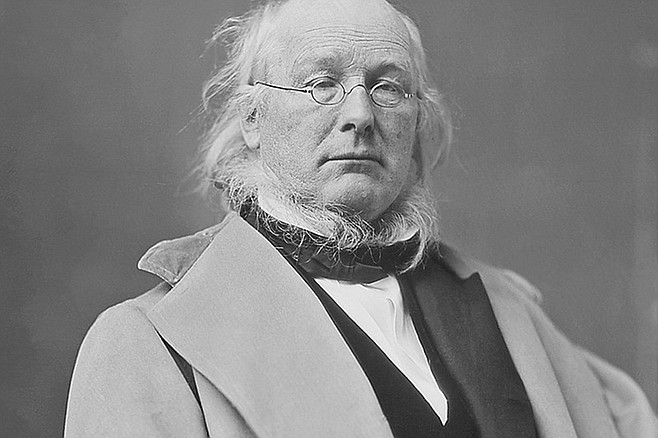 “Go west, young man, and grow up with the country!”

Love God with all the powers of your soul, and love every man as yourself; for every man is like a part of yourself, and must at last become, like you, one with God: “Father, let them be one, as thou art in me and I in thee ; let them be one in us.” Such is religion, such is Christianity. Let us not confound it, as so many do, with the various forms under which it has been disguised. They are the work of man; they must die with him; they are the garments which time wears away, but the spirit lives for ever. The Divine germ ever buds anew, and knows no decay; and it is thus understood that Christianity is unalterable. It is the first and last law of humanity; for, beyond God, there is nothing which can be proposed to man as his end. For that great command of being perfect like God can never be exhausted, neither in this life, or throughout all eternity; but man must go from truth to truth, from justice to justice, from virtue to virtue, from love to a deeper love; always wiser, always purer, always holier, always happier, always nearer to his God, never stopping on that royal way.

– from Religious Aspects of the Age by Horace Greeley

Horace Greeley (1811-1872) was an American journalist and founder of the New York Tribune. An observer of the American political scene, he ran against Ulysses S. Grant in the 1872 presidential election. An enthusiast for settling the left side of the American continent, Greeley is famous for popularizing (if not originating) the command, “Go west, young man, and grow up with the country!” Raised as a Congregationalist, Greeley became a Universalist around the age of 21. A defender of human rights throughout his career, he was an ardent Abolitionist and champion of woman’s rights.