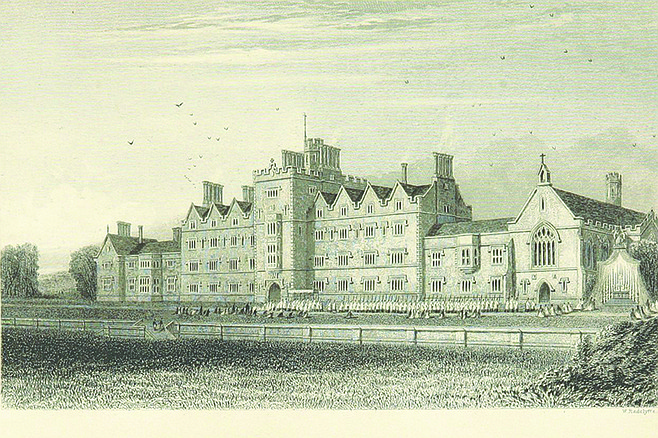 Weedall devoted his life to the formation of young souls

Let us begin with the virtue of religion. Of this a principal duty is worship, reason teaches us to worship God. The natural law prescribes that we should do it frequently. The divine law specifies a day, and the ecclesiastical law extends and modifies the precept in many determinate ways. Now if at the stated periods, a person repair to the temple of God, behave with exterior decency, listen to the accustomed offices, and recite with faithful lips the ordinary forms of prayer, he has completed indeed with the letter of the law, and may appear to some to have satisfied his obligations. But if his worship has stopped here, it has been but a pitiful worship. God has not been really worshipped, he has not been supplicated; such a man has fulfilled no duty, he has uttered no prayer. What then was wanting? Why the essence was wanting, the spirit was wanting, the interior, the heart. And what does this enjoin more, you may ask? Oh, it enjoins nothing, I love to reply, but it prompts to every thing…. It suggests to the soul which it animates, rapid and forcible ideas of the majesty of God, his infinite attributes and eternal perfection, his immensity, his power, his wisdom; his beauty, his glory, his justice, his mercy, his love.

– from The Spirit and Truth of Religions, Deduced from Reason and Scripture by Henry Weedall

Henry Weedall (1788-1859) was an English priest of the Catholic Church renowned for his preaching and defense of religious education as a way for faith to seek understanding through revelation and reason. A professor at St. Mary’s College, Oscott, England, Weedall devoted his life to the formation of young souls in the Catholic faith. Preaching at Weedall’s funeral, St. John Henry Newman (another champion of religious education) said that, given Weedall’s dedication to Catholic education, “his work is necessary in order to work of that next day which is not his, as a stepping stone on which we, who come next, are to raise our own work.”