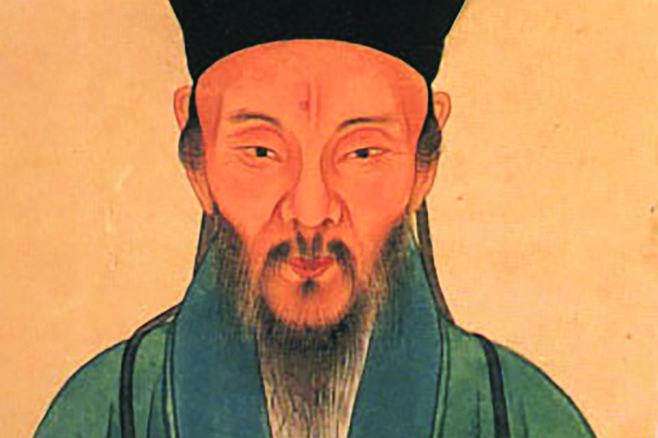 All humans possess innate knowledge of good and evil

Benevolence, justice, propriety, and wisdom are nature manifesting virtue. There is only one nature and no other. Referring to its substance, it is called heaven; considered as ruler or lord, it is called Shang-ti (God); viewed as functioning, it is called fate; as given to men it is called disposition; as controlling the body, it is called mind. Manifested by the mind, when one meets parents, it is called filial piety; when one meets the prince, it is called loyalty. Proceeding from this on the category is inexhaustible, but it is all one nature, even as there is but one man (generic sense). As compared with his father, man is called son; as compared with his son, he is called father. Proceeding from this one may go on indefinitely, yet there is but one man and no more. Man should use his energy on his nature. If he is able to understand clearly the connotation of the word nature, he will be able to distinguish ten thousand principles.

– from Instructions for Practical Life by Wang Yang-Ming

Wang Yang-Ming (1472-1529) was a Chinese philosopher who professed Neo-Confucian doctrine during the Ming dynasty. In his writings, he asserted that all humans by birth possess innate knowledge of good and evil. Such knowledge, he argued, was intuitive rather than rational. He also held that reality is partly objective and partly a construct of the mind, which shapes objects as they are perceived. For this reason, he held that the mind alone is the source of all reason. To train the mind to avoid selfish desires, which cloud man’s understanding, he taught a form of meditation known as “sitting still,” similar to the Chan meditation of Buddhism.