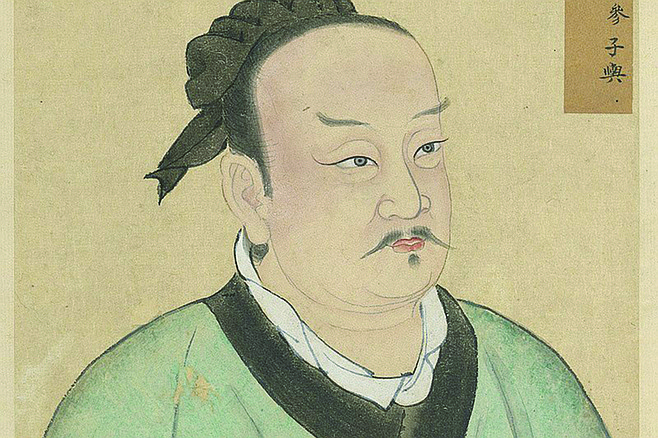 Zengzi: Confucius disciple who was an influential proponent of filial piety

Of all (creatures with their different) natures produced by Heaven and Earth, man is the noblest. Of all the actions of man there is none greater than filial piety. In filial piety there is nothing greater than the reverential awe of one’s father. In the reverential awe shown to one’s father there is nothing greater than making him the correlate of Heaven. The duke of Zhou was the man who (first) did this. Formerly the duke of Zhou at the border altar sacrificed to Hou Ji as the correlate of Heaven, and in the Brilliant Hall he honored king Wen and sacrificed to him as the correlate of God. The consequence was that from (all the states) within the four seas, every (prince) came in the discharge of his duty to (assist in those) sacrifices. In the virtue of the sages what besides was there greater than filial piety? Now the feeling of affection grows up at the parents’ knees, and as (the duty of) nourishing those parents is exercised, the affection daily merges in awe. The sages proceeded from the (feeling of) awe to teach (the duties of) reverence, and from (that of) affection to teach (those of) love. The teachings of the sages, without being severe, were successful, and their government, without being rigorous, was effective. What they proceeded from was the root (of filial piety implanted by Heaven).

– from The Classic of Filial Piety by Zengzi

Zengzi (505-425 BC) was a Chinese philosopher and disciple of Confucius who taught Zisi, grandson of Confucius, who in turn taught Mencius, another influential Confucian philosopher. Zengzi is revered as one of the Four Sages of Confucianism. He was an influential proponent of filial piety, one of the major tenets of Confucianism, and under the guidance of his master, he became the author or editor of The Classic of Filial Piety, a work which examined the importance of this tenet in the Confucian system.

These old texts are so interesting (multi-faceted and dense). My favorite are Lao Tzu's verses (my desert island read along with Alice in Wonderland and anything by Virginia Woolf). Many repackage these verses into "new age" wisdom (Eckhart Tolle straight-up ripped off Lao Tzu) and make a bundle. But really, what's the point when one can get the original for cheap or free?