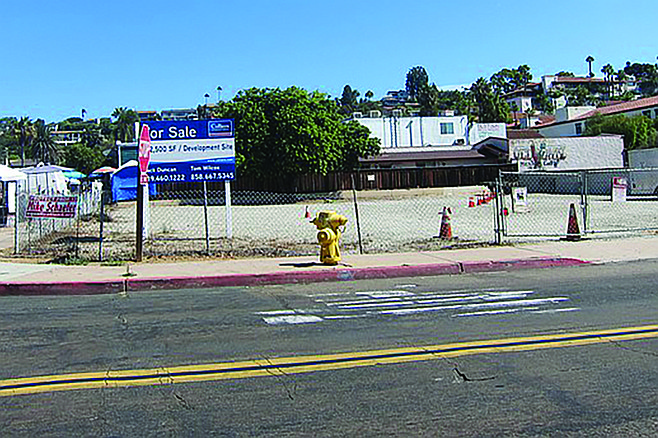 ‘It’s been vacant as long as I can recall” was the consensus I got when asking about the vacant lot on the corner of Congress and Harney streets in Old Town. An empty lot is so rare in Old Town that it was no surprise that two months after a “For Sale” sign went up that a local architect and developer, Jonathan Segal, had already applied for permitting to develop the lot.

Ironically, permitting shows that Segal plans to develop the lot where “No Parking” signs are posted into a paid parking lot. It struck me as odd that a parking lot was the end-game for Segal, who has won national and local awards for his modern residential architecture, and has developed some swanky apartments locally. 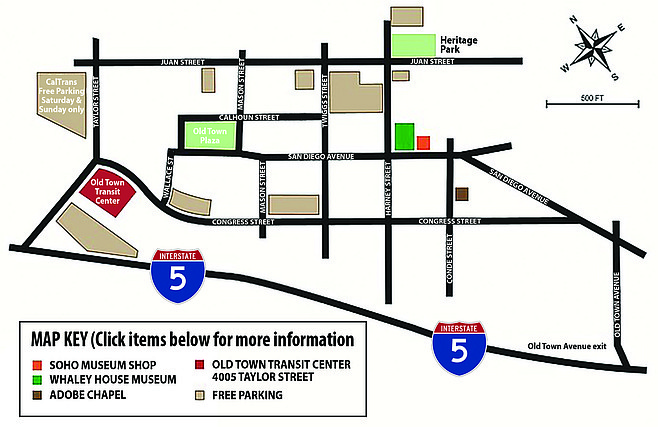 Scott Robinson, city public information officer, said the only plans the city is aware of involve a new 43-space on-grade parking lot with landscaping (includes two handicapped spots). The project, currently under review, may go before a city hearing officer in spring (depending on the applicant’s responses and submittals). Any appeals will go to the planning commission and skip the city council.

In December, Segal gave a presentation to the Old Town community planning group about a “temporary parking lot” at Congress and Harney. The planning group recommended support for the project with two conditions (and a maximum five-year term). One condition was that headlight beams from cars using the parking lot be blocked from adjacent residences and that the developer return to the planning group for approval of signage and other design elements consistent with the plan district ordinance and community plan. 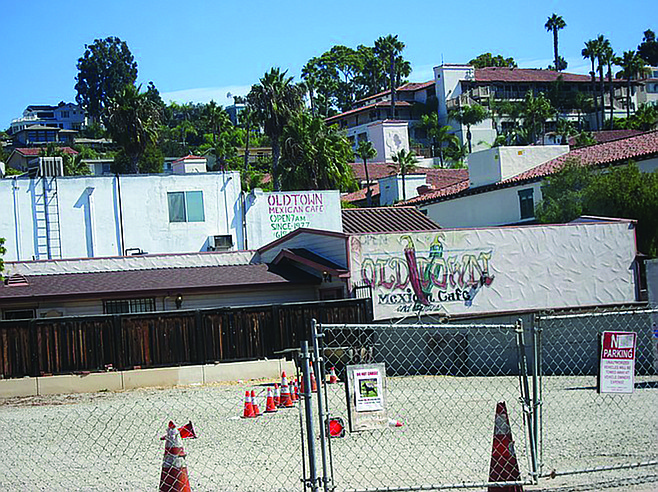 Old Town Mexican Cafe owners have let the vacant lot behind their restaurant sit undeveloped since at least the mid-1990s.

There is much more scrutiny of signage and design in Old Town than in many communities because of its historic significance as the birthplace of California.

The Old Town community plan update was approved by the city council in October. It provides guidance for Segal and other developers for decades to come. More housing density, including mixed-use housing developments, are in the cards. To avoid damaging community character, denser projects are prescribed closer to the edge of town. At 275 acres, Old Town has to be less ambitious than larger communities and only has plans to add around 900 new units. 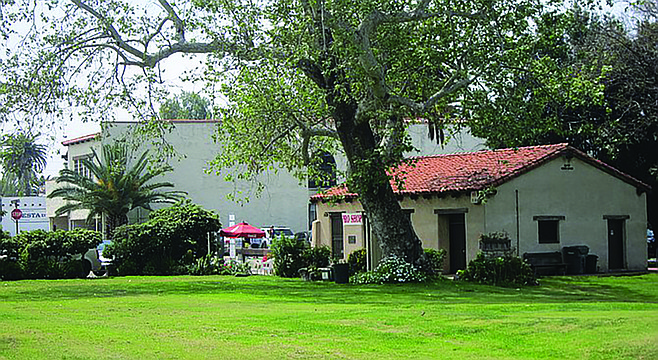 Of about 80 adobe houses built in the 1800s, only four have survived in Old Town, including this one which serves as the pro shop at Presidio Hills golf course.

The lot Segal wants to develop is adjacent to the historic core and within an area that has served as Old Town’s main commercial shopping area since at least 1872. Today, it’s considered the hub of the community. The updated plan envisions reestablishing more continuity between this main commercial area and the adjacent state historic park. This means whatever Segal has planned, it will need to heed the call of enhancing Old Town’s historical character.

Much of Old Town is within ten minutes walking distance from the transit center, so it qualifies as a “transient-oriented development area.” This term can be a golden ticket in getting more density approved by the city. This is why you’ll often hear developers use the term even when nary a bus stop or transit station is nearby.

Parking is another issue the community intends to take up by looking at limiting or completely removing automobiles from some roads, especially around historic areas. To allow for more pedestrians, surface parking may be removed from the historic core of Old Town (bound by Juan, Congress, Taylor, and Twiggs) and parking structures may be developed at the Caltrans Site and Old Town transit center on Taylor. This may open the door to city-owned parking lots being transformed into public plazas. While this sounds nice, some worry a shortage of parking spaces could hurt businesses that have enough woes with mini parking wars over shared parking spaces.

Paul Chacon of Five Star Parking talked to me from his office in San Francisco, whither he moved two years ago from San Diego. He tried to develop the same vacant lot on the corner of Congress and Harney into a parking lot in 2008. He talked about why he ended up not pulling the trigger.

Chacon said that at the time there just weren’t paid parking lots in Old Town like there are now. “It was too risky. Now we have some good comps, now we know what it can generate.”

A lot has changed since 2008. Last year when I was working on a story about Old Town’s Presidio Golf Course, I got caught in a traffic jam in the golf course parking lot. There were only two golfers on the course. The “golfers only” parking lot was turned into a paid parking lot a few years ago making it more of a money-maker than golfing fees.

“I told the operator of that golf course, I could take the entire golf course, pave it, and make it public parking and he would be a very wealthy man.” This rings true because Cinco de Mayo 2013, the operator did turn the links into a paid parking lot and it was overflowing. The city was not happy.

Chacon said the other reason he pulled the project was because he wasn’t sure if the Old Town state parks were going to start charging for parking on their lots. “I talked to someone at the state parks in 2008 and told them I’d like to lease space in the state park, to lease all their parking lots. They gave me a cross-eyed look. Nothing came of it, not that they didn’t consider converting it all to paid parking.”

The Old Town transit parking lot (458 spaces) is co-owned by state parks and the metropolitan transit system. “There was a small pay lot on the former CalTrans building site facing Juan Street, owned by state parks. Once the demolition of the building is done and transition of the site is completed into park open space, there will be a 30-space pay lot. Pay parking was introduced in this lot to offset costs associated with maintaining the property. Fees were a flexible rate from $2/hour to $15/day during peak times.” He said an additional 179 paid spaces can be found in a lot run by the chamber of commerce behind behind Immaculate Conception Catholic hurch at Juan and Twiggs Streets.

“There are many people that don’t want to see paid parking,” said Chacon. “If you offer free parking, what happens is all the employees use the free parking all day. It doesn’t open up spaces for customers and tourists.”

Chacon said the best way to deter employees is to make parking a maximum of three to four hours forcing them to park a couple blocks away. But a couple blocks away usually amounts to residential neighborhoods. A common complaint from residents from Point Loma to Del Mar is of employees and patrons of nearby businesses parking in front of their single-family homes.

Chacon said the Old Town lot had already been vacant a long time when he was looking to develop it in 2008. “The people that owned the lot, when we looked at it, were the owners of Old Town Mex.” He said he didn’t remember them ever using it for parking. The vacant lot is on the same block and diagonally behind the Old Town Mexican Cafe on San Diego Avenue. I found this perplexing as it’s difficult to find parking whenever I dine there. I usually end up having to pay a boy manning a nearby school parking lot $10 on weekends.

Per deed and tax information, owners of the Old Town Mex have owned the vacant lot since at least the mid-1990s. The owners purchased their own restaurant parcel in 2009 for $4 million. They also own four other parcels on all sides of this same block.

Why this lot has been sitting vacant for so long may have something to do with archeological concerns. Bruce Coons of Save Our Heritage Organisation said there used to be an old adobe house on the southeast corner of that block. He said he thinks an archeological report done years ago said it was built sometime in the 1850s. This is the same time period that California and San Diego both made it official by becoming a state and a city (1850) and when San Diego had its first officially recorded homicide. In January 1853, indigent tailor John Warren was found bludgeoned to death with the jawbone of an ox. This prompted townsfolk to round up three Indians and strung two of them up (the third escaped).

Of about 80 adobe houses built by Spanish soldiers in the 1800s, only four have survived in Old Town. Around the 1860s, lumber replaced adobe in home construction.

Coons said any development on that lot would have to deal with an archeological investigation before building anything. Anywhere you dig in Old Town, archeological finds are likely.

When I finally got in touch with Segal, he confirmed he plans to build housing and that the parking lot is only temporary. I asked if he is planning on luxury lofts as he’s done elsewhere, and he replied that the “units would be smaller and more affordable.” He didn’t offer up much else since it’s so early in the process and is currently nearing the end of negotiations with the seller. The lot was priced at $1.25 million. I asked Segal if he was looking at developing the Old Town Mexican parcel or other adjacent parcels and he replied via email: “Am not.”

The smaller units Segal mentioned are called micro-units or tiny apartments and may be similar to one of Segal’s projects underway in Little Italy where around 400 square feet may go for between $1500 to $2000 a month. The number of parking spaces Segal is planning (43) may be a clue as to how many apartment units he is thinking about.

The majority of structures currently on the block where Segal is planning housing are commercial with some residential. Future land use zoning has the majority of the block designated as mixed-use except for two small parcels at Conde and Congress that will be kept as recreational.

The realtor’s brochure states that onsite parking will be required for anything developed on the 12,500-square-foot lot. This could make the affordability of units more challenging for Segal. Parking spaces are expensive to develop. Just painting a line in the street can cost as much as $20,000 per parking space. Underground parking garages can cost as much as $40,000 per space.

To make up for that, Segal may muse about building taller than the maximum height allowed of 24-feet. Though, it’s unlikely that anything more than the additional six feet allowed for uninhabitable space (solely for roofs or architectural appurtenances) will be approved. Not in a town where showdowns at high noon and hanging judges still feel palpable as one moseys through town.

If I can't park I don't go. There is nothing that is worth seeing if you can't find convenient free parking.