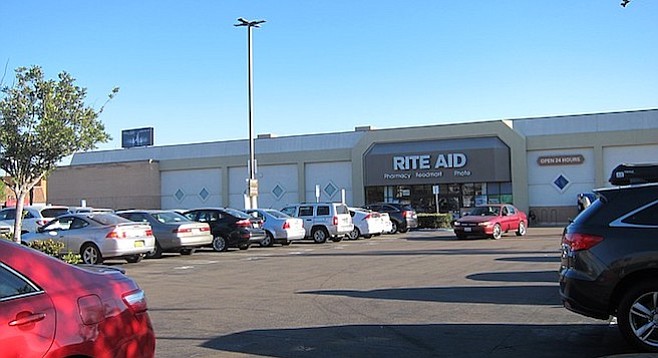 "For me, it's progress. If you live in the city, you should expect it."

A parking garage that hasn't gotten past the vision stage since first being proposed two decades ago is being resurrected by the Uptown Gateway Council. This group of Hillcrest commercial property owners is giving the idea mouth-to-mouth in an attempt to breathe new life into the heart of Hillcrest's business district; specifically, the nine blocks around the gateway sign — bounded by Washington Street to the north and Pennsylvania Avenue to the south, Fourth Avenue to the west, and Seventh Avenue to the east. 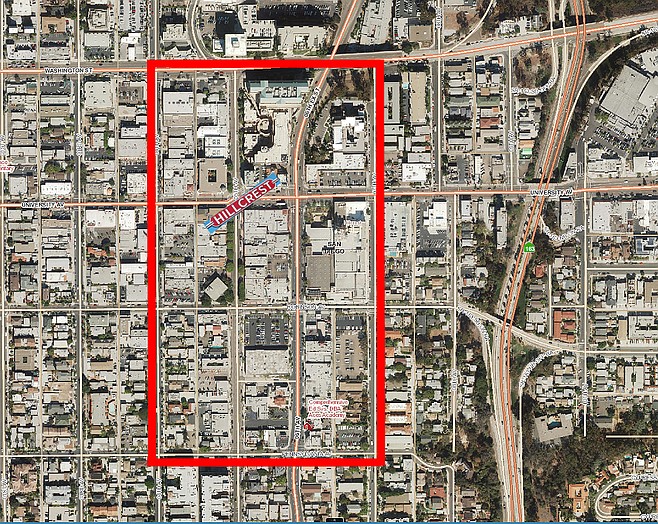 Does the heart of the business district need a sprucing up? Some say "yes," some say "hands-off"

Leo Wilson, director of the Metro San Diego Community Development Corporation (primarily a Bankers Hill organization), said the location for the parking garage would be the Rite Aid parking lot at Robinson and Fifth. (Wilson is also the chair of Uptown Planners, the local planning group that covers Bankers Hill and Hillcrest. He speaks here on behalf of the Metro, which supports the project. The planning group, meanwhile, has not weighed in yet.)

Wilson said, "The parking garage would be multistoried, hopefully with as much of it as possible underground. There would be a park on top." A shuttle will be part of the equation, he said. 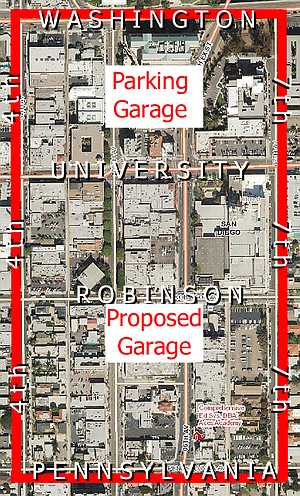 The proposed parking garage would be one block down from the one on Fifth and University.

Wilson said the Rite Aid would remain and the landowner would get some sort of compensation and use of the parking garage.

Wilson said there is $7 million in reserve from parking-meter revenue that could go toward the project. However, he said, money isn't enough and that a public-private partnership is vital.

Wilson said the upside is a new parking garage will free up surface lots that can be turned into more attractive and walkable areas. "However, if developers want to bring in more density, they'll have to give the community something in return." Wilson thinks the parking garage would be a significant return for increased density.

Hillcrest resident and business owner Chuck Mitchell said a parking garage has been needed for ten years. Mitchell's business is a few blocks from North Park's border. He said he would frequent more restaurants at the other end of Hillcrest if he knew he could find parking.

He wants a parking garage down at his end, too. Employees of businesses on Park and University park in residential neighborhoods, forcing longtime residents Mitchell knows to move out of Hillcrest because they can't have visitors with no available parking. 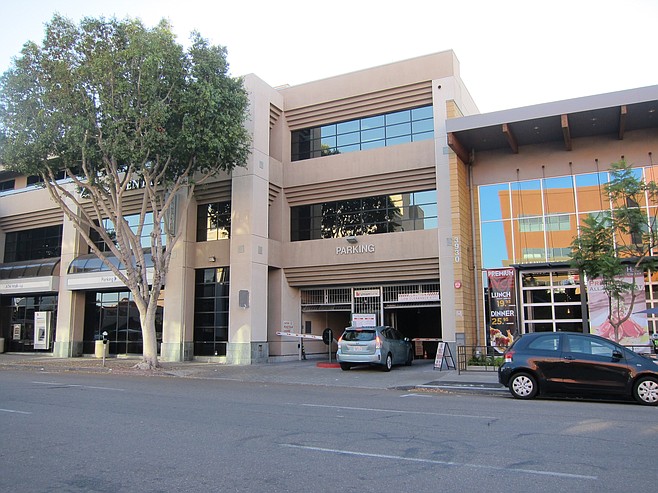 This busy parking garage at Fifth and University, across the street from the Village Hillcrest parking lot, is on the redevelopment track.

I asked for his take on the developer's plans for the business district. "I don't know, I'm different than a lot of people. For me, it's progress. If you live in the city, you should expect it. I have no problem with it. Half of my customers bitch all day — 'they are tearing down a different building,' 'they are ruining the neighborhood.' You chose to live in the city — if you think it's going to stay this little country town, forget it." 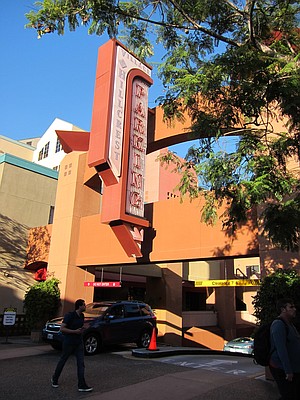 "People want to get everyone out of their cars and walking and biking — I understand it. I'm on my lunch break right now. I went to Lowe’s, Costco, and I'm now at the post office. I can't drive my bicycle to do that and get it done by my lunch break. By bus takes two and a half hours from Hillcrest."

Another local said the proposed parking garage is a "fool's errand" that will fail because of too much free parking. Morgan said developers want to gut Hillcrest and turn its core into skyscrapers under the guise of affordable housing — all in the name of getting footing in Hillcrest and cashing in because they own a majority of the land. The developers "will continue to try to paint Hillcrest as a ghetto and propose more development to try and generate revenue from their garage."

On the way to the Rite Aid parking lot last week, at Fourth and Washington, I saw a pregnant lady stumbling down the street as if drunk followed by what appeared to be a homeless man singing a dirty diddy at the top of his lungs. Another man laid on the sidewalk having a rowdy conversation with himself.

The Rite Aid parking lot currently has about 75 numbered pay spaces. It was mostly full — everyone I saw parking in it was headed into Rite Aid (customers park free). A well-dressed man asked me for gas money as soon as I got out of my car. Homeless people were hanging around out front. 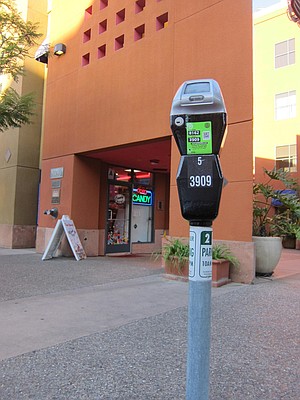 On a Friday in Hillcrest, I found parking on the busy street in seconds.

Benjamin Nicholls, executive director of the Hillcrest Business Association, said, "A big parking structure telegraphs the message that you can always find parking in Hillcrest. I've talked to business owners in North Park who've had quite successful businesses right next to the parking garage. They say they don't care if it's full or empty, it's the perception that you can park in North Park. They build businesses on the existence of that parking garage."

But Nicholls knows the downside. He said the North Park parking structure made the city take it on the chin for years as it couldn't cover maintenance costs and the general fund was paying its debt for ten years.

"A deal with a developer is the only way the numbers work. If we ask developers to help pay for it, what are they getting out of it? That's the question that still needs to be answered."