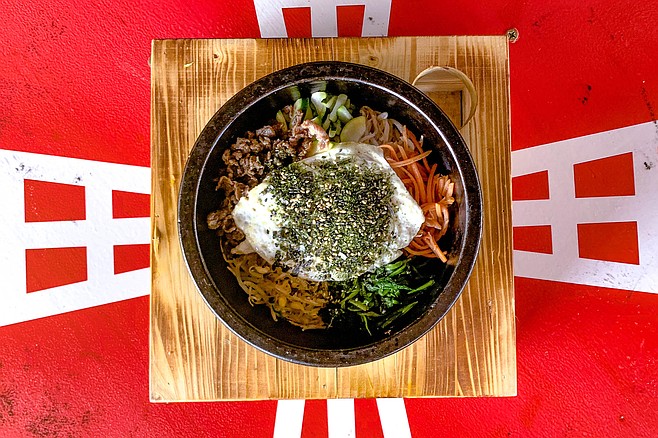 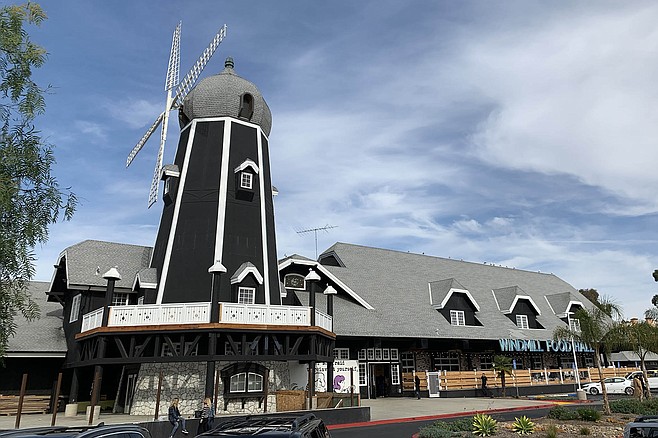 A Danish styled windmill, now the site of a food hall

That reason is the Windmill Food Hall, which opened this fall. In case you’re not familiar, a food hall is a food court without the mall attached. And, fortunately, rather than the ubiquitous Sbarro or Hot Dog On a Stick type franchises that have fed many generations of mall-going teens, a food hall tends to aim higher. In the case of this food hall, it’s done so by hand-picking local farmers market vendors, food truckers, and restaurants. 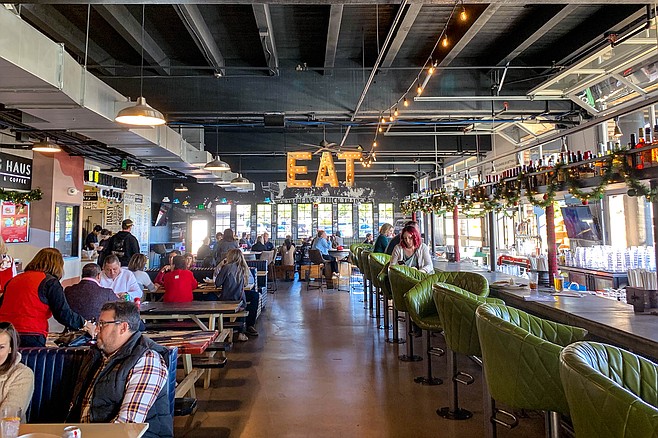 The 1200-square-foot space features a long, fully stocked bar in its main hall, surrounded by a good fourteen counters featuring the likes of grilled cheese, rolled ice cream, and pho. It’s a bright and colorful space, with loads of windows and games ranging from tabletop pac man to skeeball. Seating includes cushy bar seats, lounge sofas, high top tables, and picnic tables, the latter continuing outside, to a length of patio behind the bar. 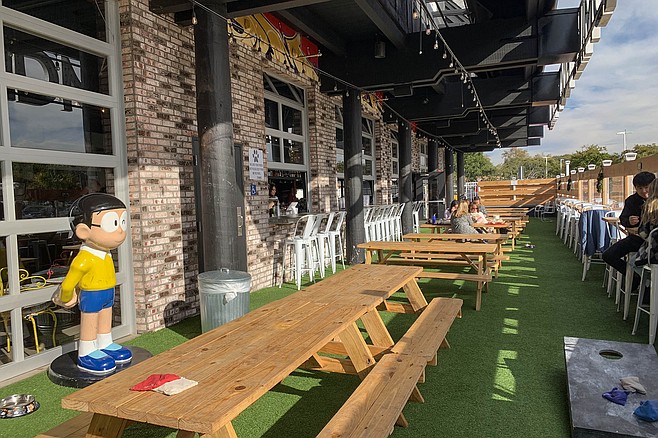 Patio seating and games outside the Windmill

But there’s more to the space — continue to the back hall to find treats including Belgian French fries, lobster rolls, and poke bowls, as well as a library-styled lounge, windowless, but lined with bookshelves and booth seating, and the shine of metallic ceiling tiles. Word is a BBQ restaurant will eventually open in the base of the windmill itself, so I suppose I will have to return for that.

Not that I needed any more choices my first couple visits. Adding to the aforementioned options, Carlsbad’s Notorious Burgers has a booth serving sliders and salads, and naturally there’s a taco spot. But if I were a Carlsbad resident, I’d be most excited about a couple of Convoy Street Korean restaurants now serving in the food hall, being that I can’t find evidence of any dedicated Korean restaurants currently doing business in the city otherwise. 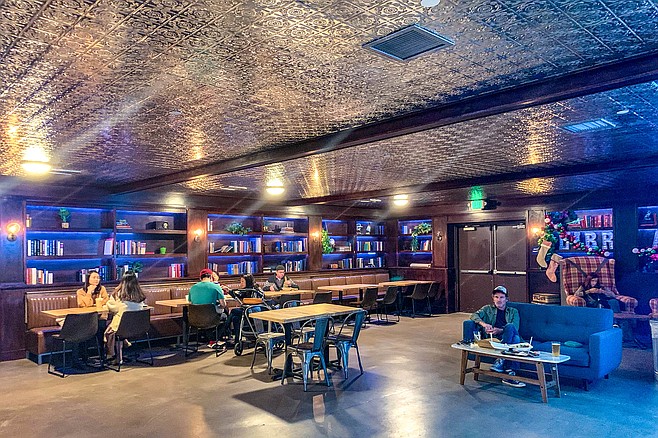 The library-like back room of the food hall

One of them is fried chicken specialist Cross Street Chicken, which serves the double-fried style Korea has become known for. Someone’s going to have to explain to me what makes this place so popular: to me it tastes like the batter was seasoned with store-bought ramen flavor packets. But other people seem to love it, and I’m sure there are plenty in North County who will benefit from its arrival here.

My preference has a familiar Kearny Mesa name: Friend’s House. Like most of the food served in the food hall, it’s assortment of rice bowls and soft tofu stews are served in cardboard containers. However, it only costs a dollar to upgrade the bibimbap to the dolsot bibimbap, meaning it’s served in the traditional hot stone bowl. For the moment at least, its sizzling rice, vegetables, beef, and fried egg look like the food hall’s top option to me. Having that heavy stone bowl, served in a wood box tray, doesn’t hurt. But I suppose the beauty of a food hall is you can disagree with everyone around you about what looks good today.