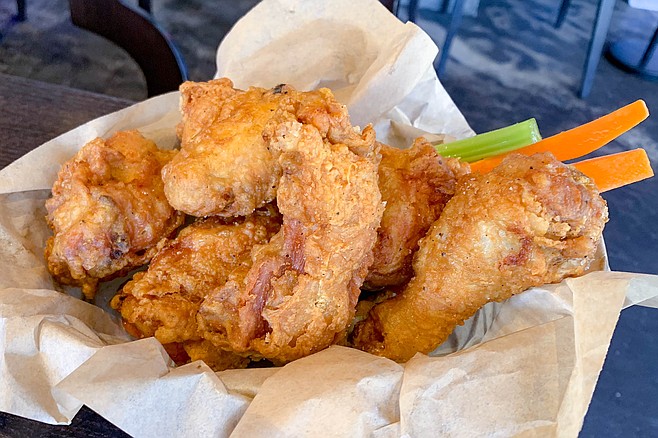 Late last year, news spread that longstanding Point Loma rotisserie chicken joint, Natural Style Chicken, was opening a second location on a busy corner of Hillcrest. The new space boasts a larger kitchen than the original spot, so the menu had expanded to include a few new items, including a small assortment of Korean dishes, courtesy of the shop’s owner, Inho Choi.

However, when I stopped in this week, I discovered a significant change: rotisserie chicken is no longer being served. Instead, the eatery has started transitioning into a Korean restaurant. As to the chicken mentioned in its name? Now it refers to Korean style double deep fried chicken.

When I asked Choi why the switch, he seemed amused by the question. In addition to the larger kitchen allowing room for the change, he offered a simple answer: “Well, I’m Korean.” 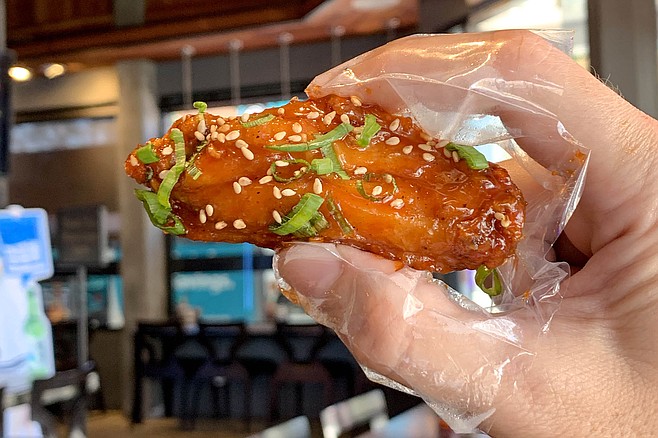 Though I felt a brief flash of disappointment I would not have the anticipated rotisserie chicken lunch, I quickly got over it. We’ve got a few good Korean restaurants in San Diego, but the cuisine’s woefully underrepresented south of interstate 8, particularly within the downtown/uptown area. Yet, here I sat in Hillcrest, deliberating over dishes of galbi (short rib), bulgogi (braised beef), and vegan japchae noodles. 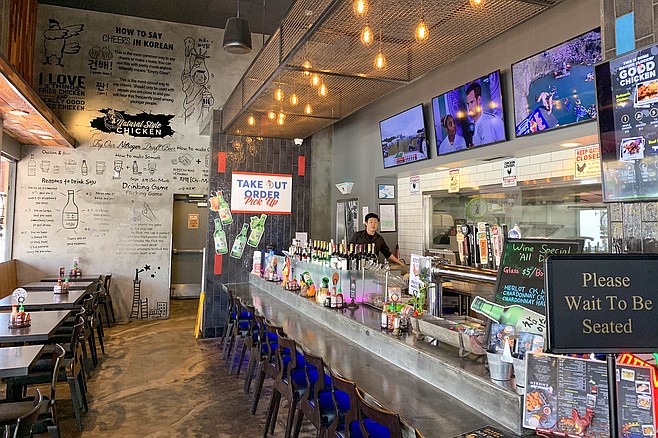 Besides, it’s hard to quibble with this Korean fried chicken. For $25, a whole chicken is chopped into small pieces and double fried; for $15 you can order a half chicken. It’s served either with a simple salt and pepper seasoning, or glazed with spicy-sweet Korean hot sauce, either with a side of ranch for dipping. It’s served with a pair of finger naps: two-finger plastic gloves that you can place over thumb and forefinger to keep them clean while holding a piece of chicken. 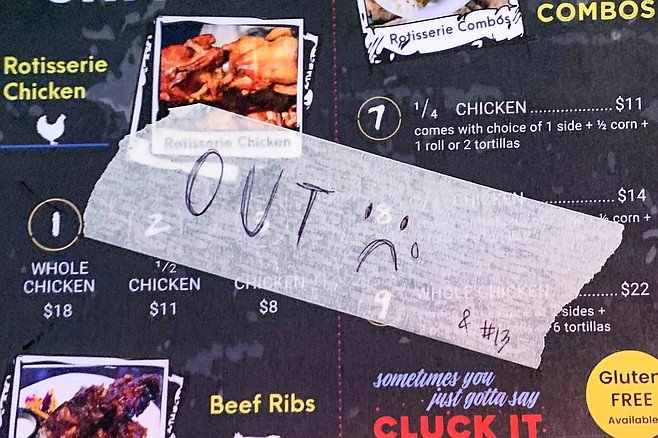 Rotisserie chicken no longer on the menu at Natural Style Chicken Hillcrest.

Not that there’s much grease. I got a half order of salt and pepper chicken, and the impossibly crisp and light batter proved less messy than the Southern fried tradition. It sounds rather pedestrian, but to be honest, the colonel can keep his secret blend of herbs and spices: salt and pepper fried chicken can be unbelievably satisfying, even without the ranch.

That said, part of the allure of Korean-style fried chicken is that the double-fried batter remains crisp, even when you douse it in sticky glaze. Even a $10 order of wings with the spicy glaze held up. With draught beer and soju cocktails on the menu, the shift to Korean food makes this a great happy hour spot going forward. 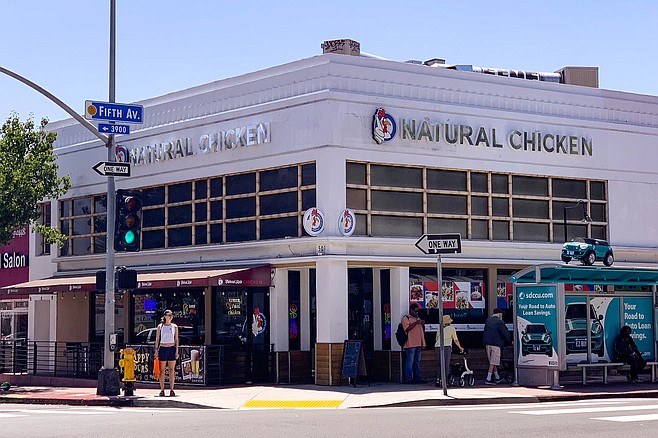 Other Korean items include spicy pork bulgogi and chicken kalbi, but Choi says future additions will include expanded fried chicken options (including tenders) and the likes of tteokbokki, spicy Korean rice cakes.

The Point Loma location of Natural Style Chicken will continue to serve the rotisserie chicken that’s earned it fans over the past four decades.

I loved spice korean fried chicken. I could not stop eating it. It is delicious korean Spicy Chicken more than I had eaten in Korea. The inside of chicken is so fresh, spicy and sweet at the same time in your mouth. http://naturalstylechicken.com/