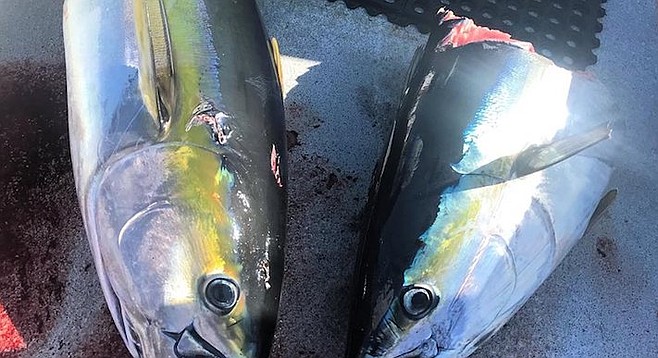 What to do with bonito 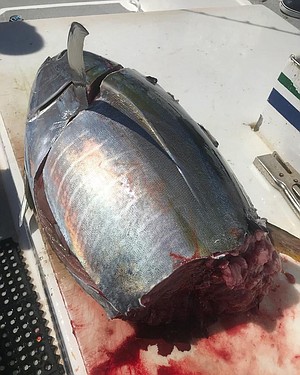 Saltwater: This past week was nearly a mirror image of the week before with five more total anglers and fish counts a little higher or lower across the board. Bonito continue to dominate the inshore fishing from Oceanside to well into Baja along the Pacific coast. Anglers as far south as Abreojos, some 600 miles south of San Diego, are having a hard time getting through the toothy tunny to the more desired yellowtail on the nearshore high spots. Though taste is subjective, most will agree that yellowtail is better table fare than bonito, even though the latter cooks up nicely as a salad adornment and can be fantastic if smoked right. As a red meat that spoils quickly, bonito need to be bled and put on ice quickly after catching them. If the meat does go soft, bonito makes a hoop-netting bait for lobster and rock crab.

Further offshore and away from the pesky bonito, anglers are finding the yellowfin tuna, dorado and skipjack willing to bite towards the south-southwest, while bluefin continue to provide battles for those fishing the area just southwest of San Clemente Island. The further south one goes, the better the offshore fishing for exotics – wahoo are starting to show within range of the pangeros as far north as the state line between Baja and Baja Sur. Few of the super speedy skinnys have been caught north of that point so far this year.

Closer to home but still about 220 miles south of Point Loma and a couple hundred miles off the Baja coast lies Isla Guadalupe. The Excel ran out during a seven-day trip and made a stop there to fish the 50 – 70 pound yellowfin tuna that hang just off the island and found the taxmen so heavy that it was hard to get a whole fish to gaff. The taxmen are resident great white sharks, who take a chunk when the tuna you’ve fought to the boat is tired, slow and an easy target.

The tuna were line-shy and biting only 50-pound test or less, making for a longer fight. Local deckhand Kevin Mattson noted, “You pull as hard as you can on 50 and right at color they creep up and chomp them. The white sharks are really on us this morning”. He also noted that 60% of the tuna hooked and fought to the boat that day were "taxed." The Guadalupe Island fishery is targeted as a shark-diving destination for folks that want to get into a cage and get a close-up view.

Fish Plants: None scheduled this week