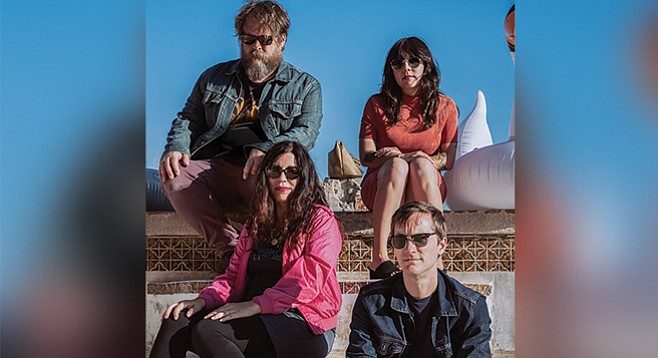 Gift Machine: “We approach this with an almost religious fervor”

“Musical monks will be on hand to bless copies”

“We checked prices for Abbey Road, and it actually wasn’t that much more than the services that we have used in the past,” says Dave Matthies, singer for the Gift Machine, of how their upcoming New Tangles album came to be mastered at the London studio made famous by the Beatles. “The back cover photo was actually taken by me getting off of the Magical Mystery Tour bus in Liverpool, at the Strawberry Field stop. We lifted the font from the back Abbey Road cover for our back cover photo as well.”

New Tangles, mastered by Frank Arkwright (Arcade Fire, Joy Division), is being promoted nationally by Seattle-based Tiny Human, which has done publicity for Death Cab for Cutie and Lee Hazlewood. “We have two videos which will be premiering on national websites. The first, ‘Best We Could Do,’ should premiere before the release show.” 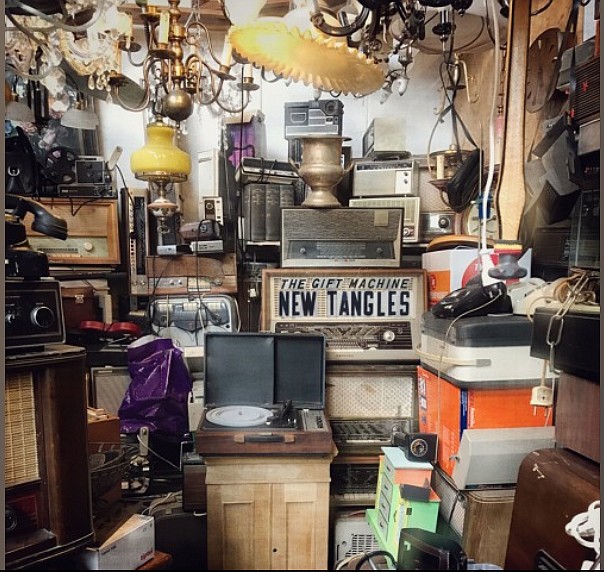 Matthies says his wife Andrea, who drums and sings for the Gift Machine, has family in Holland, where she shot the album cover at an underground black market in Beverwijk. “That market is one of the coolest swap meets I’ve ever been to, with LPs, guitar amps. I bought a vintage Italian air organ that I had shipped back.”

The band will play two record release shows on October 20, with an all-ages afternoon set at Spin Records and an evening performance at Oceanside’s Pour House.

The Gift Machine and Modern Bummer

“Two members of the Gift Machine are former employees at Spin [Alanna Cassidy and Matt Lawson]. Spin is an institution, we approach this with an almost religious fervor. It should be honored. Musical monks will be on hand to bless copies. We’ll have snacks and activities for kids, balloons, virtual Shetland ponies… there are a great group of young kids buying vinyl at Spin that can’t attend bars.” Also appearing is Modern Bummer and Saffron James (Carlsbad native Parker Tabas).

The Gift Machine and the Oxen

The Pour House bill includes the Oxen and Thee Sick Balloons. “I’ve recorded albums for both of these bands, they both contributed to the New Tangles LP, [so] there will be some band cross-swapping. Members of both bands will be joining the Gift Machine on stage for the first time ever, and we’ll have a special multimedia extravaganza.”

Limited edition white and yellow vinyl copies of New Tangles will be available at each show, and 100 purple copies are available direct from the PIAPTK label.