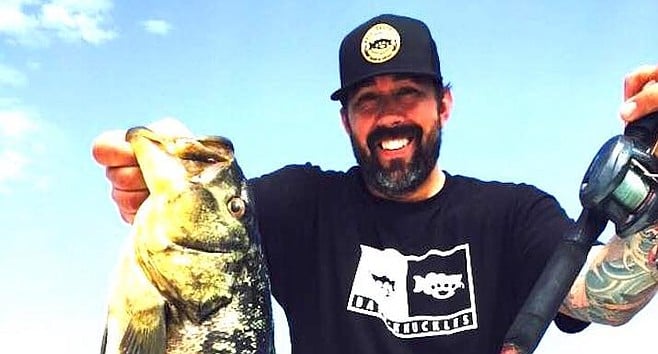 The skinny on catching fat fish

Eleven out of the world’s top twenty-five largemouth bass have been caught in San Diego county lakes; Dixon, Murray, Miramar, Hodges and Wohlford have put out fish over nineteen pounds. Only the famous Castaic has more top twenty-five fish than Miramar with six to Miramar’s five.

In San Diego there is so much good fishing in the ocean along the coast, that anglers don’t have to target a not-so-tasty lake bass. More people prefer tuna than trout, yellowtail over yellow perch, wahoo over walleye.

In Mission and San Diego bays, spotted bay bass are usually found in four to twelve feet of water, while sand bass are targeted more during November through March when they move into the bays to spawn. San Diego Bay is best in the winter months for barred sand bass as they seek the deeper channels in 40-60 feet of water.

San Diego Bay from the Coronado Bridge south is my favorite area to target them. There are wide areas of flats and holes and clam beds they prefer as the main channel winds down to Chula Vista Marina at its end.

On higher tides, fishing right over the top of the eelgrass with a swimbait or crank bait can be productive, though I have better luck on edges and structure. The largest fish have mostly been on dock pilings while allowing a lure to free fall right next to the piling.

This Sunday morning from 9AM to 12PM, Fastlane Kayak and Sailing Center and Dana Landing Bait and Tackle will host the Bay Bass Seminar.