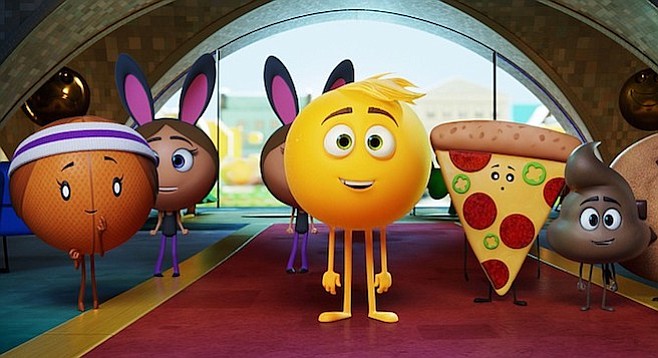 This week’s new movie releases include The Emoji Movie, which almost (almost) no critics like

As of this writing, Rotten Tomatoes features only one positive review of The Emoji Movie: that of Betsy Bozdech of Common Sense Media. Brave, brave Betsy. Of course, it’s not as bold as being one of the Sinister Six who panned Inside Out, but still. 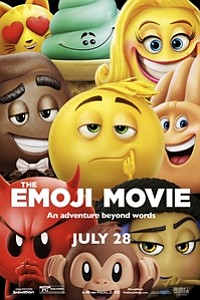 But do not resign yourself to the doom of solitude, Ms. Bozdech! This very afternoon, intrepid Reader critic Scott Marks will venture forth to see whether or not everyone else is wrong. (Rumor has it he was disappointed with Dunkirk.) Hang in there, kitten! If the spirit moves him enough, he may even post a review!

Until then, Marks’s marveling masses must content themselves with his take on the new Marie Curie biopic and the Larger than Life remake Pop Aye. Oops, stole his joke there. My bad. Let me just put that back where it goes...

Me, I got three ghost movies, and they were all pretty good. A Ghost Story puts existential longing under a bedsheet. City of Ghosts puts footage of a real-life crucifixion on a movie screen. And Atomic Blonde tries to resurrect the spirit of a ’60s Cold War drama in the body of an ’80s action flick.