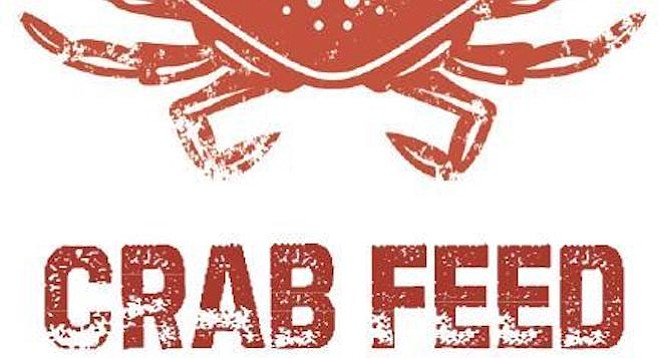 Crab feast too delicious to be true

Don’t bust out the crab crackers or butter warmers just yet — not likely the “Spring Crab Feed” will be coming to San Diego.

The event, marketed heavily through Facebook before the page disappeared, advertises on Brown Paper Tickets an all-you-can eat meal of Dungeness crab, garlic noodles, salad, bread, and dessert for $99. DJ’ed music and karaoke are listed as entertainment. On February 22, tickets could only be purchased via Brown Paper Tickets or by calling them directly; today (February 23), the site notes “sales ended” for tickets.

“Warning, this is a scam,” posted Margaret Virissimo on Facebook. “So is the Ramen, Lumpia festivals. This person is creating events, selecting random venues like the Hall in this instance, they take your money and poof you show up and no event. Be careful. Seriously Not Cool! The UPSES hall has nothing to do with this event and a few people now that have been duped.”

I spoke with Virissimo, who is the marketing and events director of the hall.

“I am a San Diego native and have organized many events in town for over 20 years, so this completely had me in shock that so many of our supporters purchased tickets to these three events thinking they were supporting the hall and in fact got duped,” she said. “All the marketing is the same for the events circling around Facebook, so that is why we caught it right away and spread the word as quickly as we could. Once I posted in all the social networking groups, I started to get responses.

“Friends contacted me about lumpia and ramen events recently, too,” she continued. “It’s the same people and the marketing on Facebook for these events… So they showed up to the events and there was no event and no way to get a refund. All through Facebook event pages. I put two and two together after many people called the hall asking if this was a legit event. They never booked anything with us so immediately I took to Facebook to warn others.”

I inquired about an advertised Crab Feed event to be held in El Cerrito (near Oakland) this weekend (February 25), and got confirmation that the space had in fact been "rented out for the event” — tickets for sale via Eventbrite; another couple of crabfests are scheduled that same night in neighboring San Leandro and Walnut Creek.