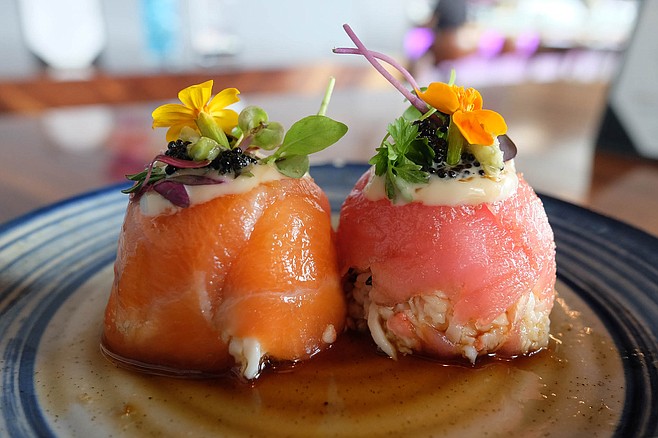 It's a bite sized taste of San Marcos

You’d have to ask the good people of San Marcos how much the arrival of North City has impacted their drinking and dining habits, but I can attest the manufactured neighborhood is trying its darnedest to do so. Recent additions to the high-density development have included a Newtopia Cyder tasting room, Prepkitchen restaurant, and Grit Coffee.

The latest and most ballyhooed is called Umami Japanese, a chef-driven eatery that promises, via its web site, “A new way of eating.”

I’m all for new , I thought, as I looked over the menu. What fresh approach does Umami have in store?

Okay, not so much new as exactly on trend, if it were two years ago. The selection is rounded out with bento boxes ($11-17), bao ($7), and, in a nod to the broke college student clientele here in the shadow of the Cal State campus, Korean instant noodle ramen, served four bucks cheaper than the $10-11 traditional ramen choices. 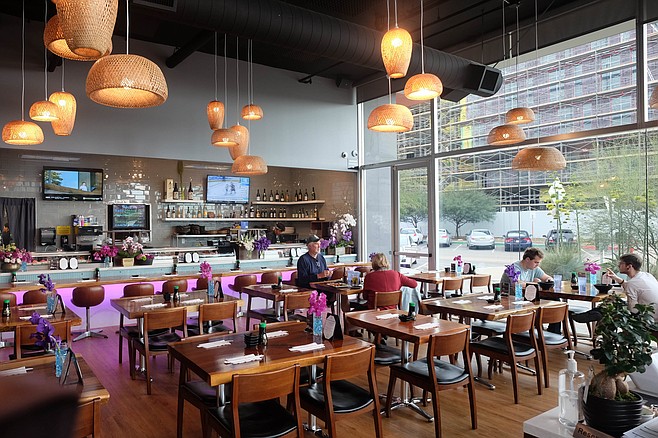 A casual dining room with a sushi bar at Umami Japanese

Determined to get something new out of the experience, I latched on to a set of featured items on the menu: sushi muffins. Advertised as the recipient of the 2018 Golden Fork Award, these small sushi creations break down to balls of rice, and krab meat salad; draped with sashimi; topped with spicy mayo, micro-greens, and edible flowers; standing in eel sauce.

From the name, I suppose they’re meant to take on a muffin shape (like the cruffin I tried last month). But in size and shape I found them more similar to bon bons. Nobody’s askin' me, but I think sushi bon bons sound more appetizing than sushi muffins.

Regardless, I wanted to try them. They are served in seven-dollar pairs; a photo on the Umami menu depicts them as one each salmon and ahi versions. However, I was told they serve two salmon muffins, by default. But since I’d inquired, the chef offered to make one of each. I accepted, for the sake of a more interesting photo, though we all knew very well I would like the salmon better. 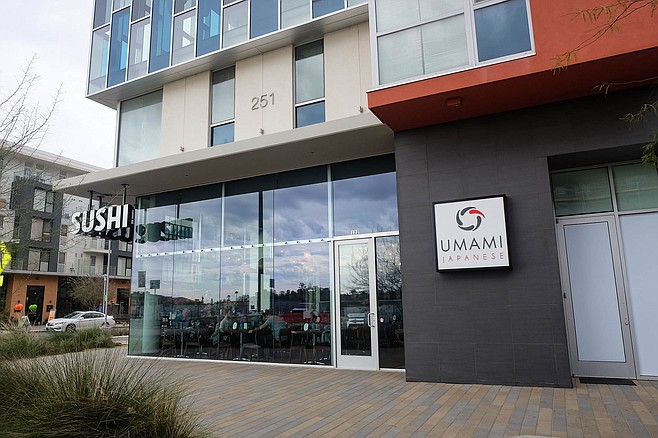 Both made for an interesting eat. They featured both masago (orange) and tobiko (black) roe, providing little bursts of sealike salinity. Though advertised as the fake stuff, krab, I’d easily have mistaken it for genuine lump crab, a dense plug of it pressed tight against the sushi rice with multiple smothering sauces dishing up a swirl of flavors.

Ultimately, I’d call sushi muffins new-ish. They take a novel shape, but otherwise taste like a bite of a crab and salmon special roll. That Golden Fork may not be the most prestigious of prizes — it was awarded by the Taste of San Marcos event last summer. But that's cool. North City didn't really need a new way of eating; the regular way of eating Japanese food tends to be good enough.

These sushi muffins are super easy to make, so adorable and full of healthy goodness. I should try it !