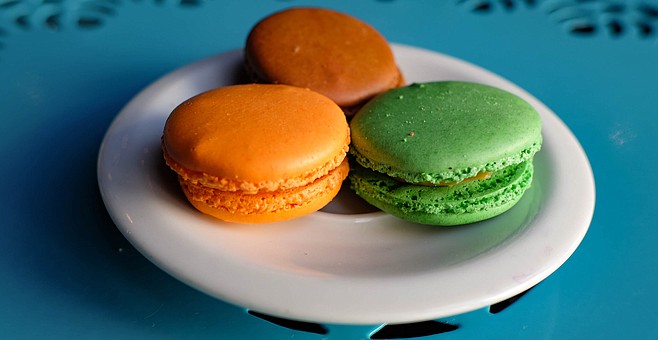 Authenticity doesn't get in the way of creativity

I’d never heard of the croissant and muffin hybrid called a cruffin. It seems to be a response to the cronut craze that had online breakfast pastry fans astir back in 2013. But I suppose after that successful merger of croissants and donuts went viral, the idea to bake croissant dough in a muffin tin seemed less novel, earning it relatively few shares and clicks.

A cruffin is certainly not what I’d expected to eat heading into Le Parfait Paris, the Gaslamp bakery and café that’s downtown’s closest answer to the traditional French patisseries and boulangeries that highlight many a Parisian vacation. For the most part, Parfait Paris delivers that authentic experience intact, with the servers’ accents and host of devotional baguettes, eclairs, and macarons to prove it. 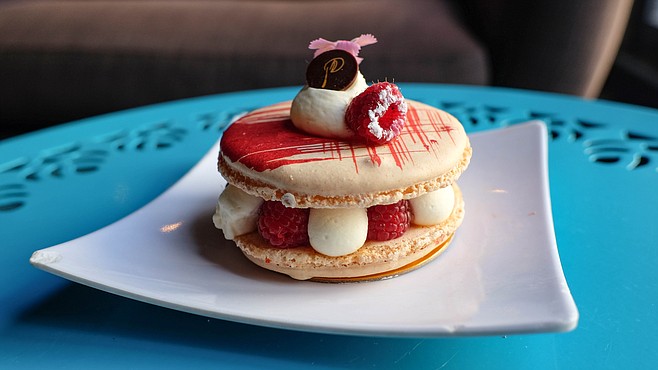 Hence, as I studied the loopy, hand-written label beside the cruffins on display within the café’s glass counter, my addled head tried to conflate them with some obscure French pastry construction I’d yet to try. “Does that say it’s called a guiffin?” I wondered. “Would it be pronounced like, gooey-fohn?”

Nope, it was cruffin, priced at $4.50. They really should keep teaching cursive in American public schools.

Of course, muffins are dense and crumbly, while the buttery, laminated dough of a croissant results in something flakey and tender. So at first, I thought shape alone sounded like a silly reason to name this thing after a muffin. Then I remembered the croissant itself is named for its crescent shape, so there’s more than enough precedent here. Still, I wonder, why not call it a crupcake? 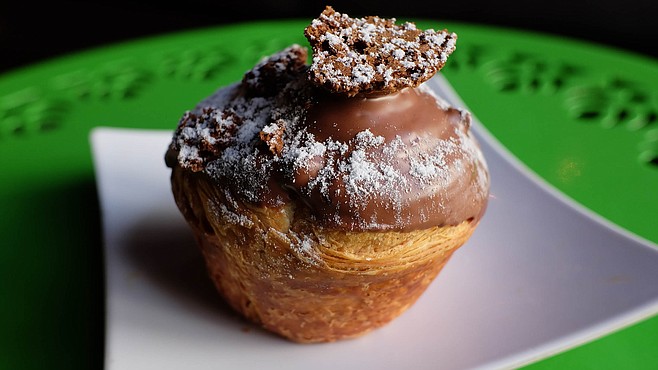 A chocolate chip and nutella cruffin

They can call it whatever they want as long as it’s filled with chocolate chips and frosted with nutella, as this cruffin was. It was also topped with a chocolate crisp and dusted with confectioner’s sugar. It ate similar to pain au chocolate, of course, but because the dough had been rolled into the muffin tin, the way the flaky pastry unspooled also resembled a cinnamon roll, flavored instead with chocolate and hazelnut. I recommend seeking it out.

Elsewhere in the pastry case, alongside a bevy of colorful $2 macarons, I found further proof that the French pastiche of Le Parfait Paris doesn’t restrict the creativity of its team. I spotted a large, CD-sized macaron sandwiching whole raspberries and a cream combining rose and lychee. There’s no snappy nickname to describe this one. It’s simply called Ludi’s Macaron.

Well, kudos to Ludi, because that’s one dazzling $7.50 pastry. It might not deliver the primal joy that you get from combining flaky dough, chocolate, and Nutella, but the fruity and floral sweet cream had an airy elegance, and the elaborate cookie came off much lighter than it looks. Eating it felt like an accomplishment, if only because I might otherwise have gone my entire life without experiencing rose and lychee flavors together. And even if did in Paris, I might not have had the reading comprehension to realize it.