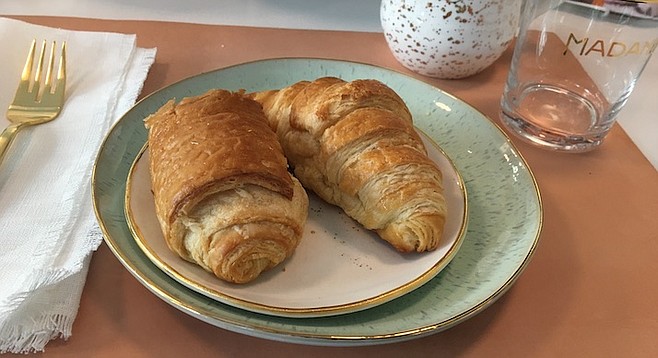 It was my wife’s birthday and I was on a quest: To find a really superlative chocolate croissant.

Here’s the backstory: We got engaged in Paris back in 2000, and one of the other highlights of the trip were the chocolate croissants we found in bakeries and patisseries in the City of Bites, er, lights. 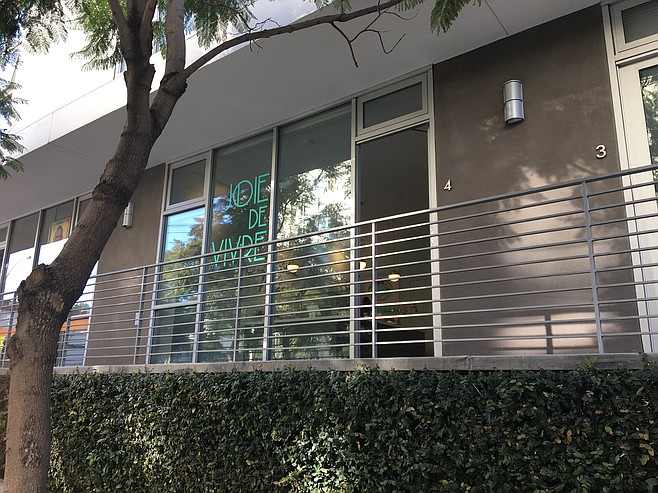 Patisserie Melanie is a boutique business near Park Blvd. The croissants are made in a home kitchen upstairs and sold in the shop downstairs.

They were the perfect food: Flaky, buttery and so chocolatey. If we could’ve adopted them and brought them home, we would have.

Since then, I try to get her chocolate croissants whenever possible, but the ones made stateside have lacked a certain oomph. They aren’t as flaky, or as buttery, and while they might be chocolatey, the American ones lacked the balance I found in France. 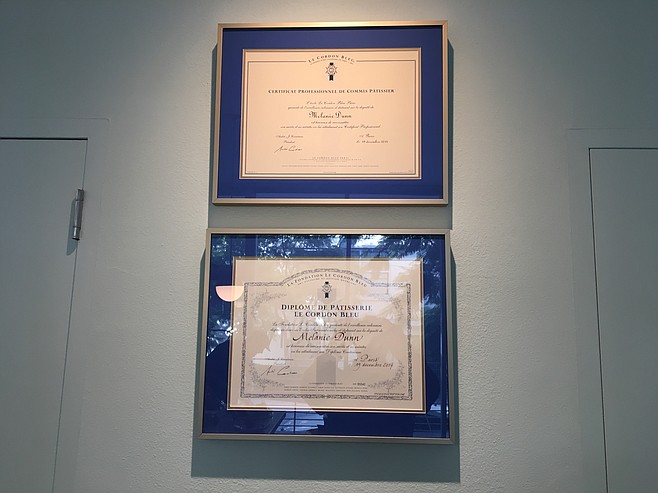 Owner/baker Melanie Dunn learned how to make dough at the Cordon Bleu in Paris.

It’s been an 18-year quest, but I managed to find an acceptable version just in time for my wife’s birthday at Patisserie Melanie, located on Park Blvd., just south of University Avenue around the corner from Trust on Park Boulevard.

The croissants are pretty much close to homemade. as the owner, chef Melanie Dunn, lives upstairs and makes them in her kitchen, thanks to the California Homemade Food Act which allows business owners to make and sell goodies out of their homes.

It means customers have to take their croissants to go. That wasn’t a problem for me as I wanted to take mine back to my wife.

As promised by the person who recommended them, the chocolate croissants were close to what I remembered, thanks to ample amounts of high-end butter. The price per croissant — $4.50 each — might seem steep, but consider it the difference between a great glass of pinot noir and a bottle of Two Buck Chuck.

But as much as the chocolate croissants satisfied our 18-year-long jones, I was actually more impressed with two of other items I purchased.

The first was the pistachio croissant: Same flakiness but with honey-like sweetness with just a hint of savory nuttiness.

The other goodie is a pastry called a Pepito, which puts the same dough used in the croissant but rolled sort of a like a cinnamon roll and covered with pastry cream and chocolate chips on the top.

The flatter shape of the Pepito made it a better chocolate delivery system than the croissant as each bite got a piece of chocolate with it, although the flakiness wasn’t as apparent.

Oh well, I can always use another craving, right?

Patrick - shhhh, don't tell anyone but try The French Oven in Scripps Ranch, best I've had outside France (the baker is originally from France). There is also a new place in La Jolla (Wayfarer?), but haven't been there yet.