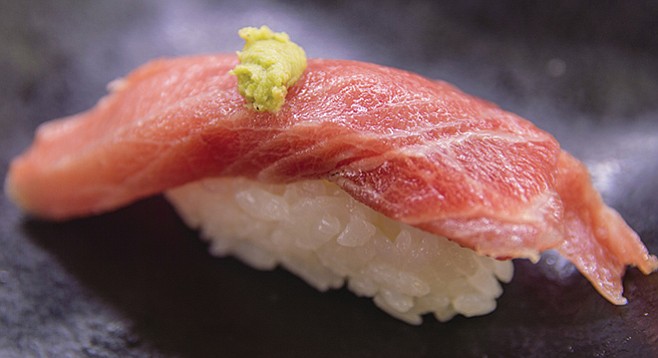 Could world record be beaten this year?

A 413-pound yellowfin tuna was caught by angler Kevin Boyle of West Hills about 15 miles off Tres Marias Islands aboard the Constitution during a three-and-half-day trip out of Puerto Vallarta. Several other large fish in the 200- to 300-pound class were caught on the trip. A local commercial longliner reportedly sold a yellowfin tuna well over 500 pounds at the fish market in Puerto Vallarta the same week. It is looking like the 427-pound All-Tackle world record for yellowfin tuna might be beaten this year if the bite continues.

For the long-range boats running out of San Diego, the wahoo bite has been excellent along the lower zone south of Cabo San Lucas with many fish over 60 pounds caught. The yellowfin bite in the same area has been hit and miss with slower full moon fishing. Most of those fish have been in the 100-pound class, give or take.

Top performing boats of the week

February 7: The Pacific Queen out of Fisherman’s Landing reported 80 rockfish (limits), 2 lingcod, 36 yellowtail and 10 bonito for the 16 anglers aboard their 1.5 day run south of the border.

February 8: The Premier out of H&M Landing called in with 56 rockfish for the 9 anglers aboard their ½ day trip. Running out of Helgren’s in Oceanside, the Electra reported 75 sanddab and 85 sculpin caught by the 17 anglers aboard for a ½ day run out to the local flats.

February 9: Running out of Point Loma Sportfishing, the Daily Double called in with 16 sand bass, 1 halfmoon and 3 calico bass for the 8 anglers aboard.