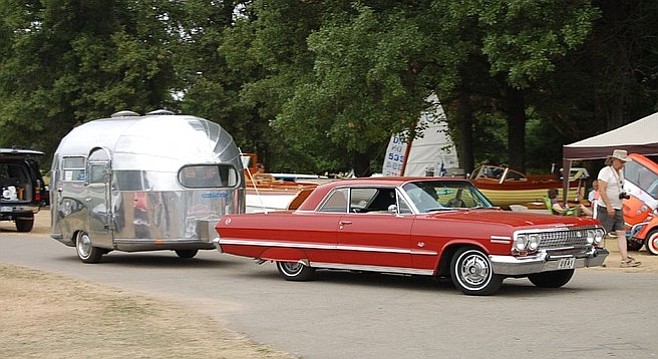 I found my first gray hair about five years ago, and ever since I’ve been plucking them out, one by one, as they arrive on my head. I consider them the forward scouts of the Old Person Army, coming to conquer my youth one strand at a time. I am pretty sure that if I didn’t pull them out, they would be seriously noticeable. Frankly, I’m getting sick of monitoring my head for intrusive grays, and I have half a mind to just let them grow in. The problem is that I’m only 24! I don’t necessarily want to go gray in my 20s, but I also don’t want to keep pulling my hair out or start obsessively coloring. I have noticed plenty of women with their hair dyed gray in the past couple years, but it really isn’t the same. Fake gray hair doesn’t look like the real deal. I can’t quite put my finger on why, but I know it’ll be different if I start letting the grays come in. Maybe it’s just that there will only be a few of them at first, so they’ll almost certainly stand out. I don’t know...so what do you think? For context, one other thing I’ve noticed is that you don’t see a lot of gray-haired hipster girls. Why is that? Is gray hair inconsistent with hipster style?

(2) I never thought about it till now, but there aren’t a lot of hipsters, especially hipster girls, who let that occasional streak of gray go undyed, unshorn, uncovered. It’s as if they think (not unreasonably) that hipstering is a young person’s game, and there’s no room at the Farm-to-Table Inn for the sensibly mature.

(3) That ought to change, and you should let your gray hairs grow wild and free, since you’re sick of dealing with them otherwise. If you think about it, graying in your 20s is like visibly aging before it’s biologically cool, but without the bad stuff like bad knees and institutionalized discrimination.

My parents celebrated their retirement by buying this little vintage Scamp camper from some hipster. Apparently, they plan to take it up to Humboldt County next month for a three-week excursion among the Redwood trees. After that, in their words, “Who knows?” Now, it would make total sense if they were recent college grads with a mandate to have meaningful experiences (memorialized for all the world to see on Instagram) before settling down, but they’ve never been adventurers, and I worry that this will end catastrophically for them. What’s next? Will they take up urban farming? Is my dad going to homebrew beer while my mom opens an Etsy shop? Should I worry my parents are going full hipster?

Despite what my answer to the previous question may indicate, the wonderful world of hipster activities lies open to all who would partake. Is it a little weird for them to disregard a life of comfort, essentially turning back the clocks to a time when sleeping in a tiny metal box perfumed with stale farts and beer seemed like an exotic way to build character? Yup. But don’t worry, even if your dad starts growing a manly beard to fit his new identity of Hipster Adventurer, you don’t have to. Then again, maybe you should!

"Stale farts and beer"! I love it! How about tucking away a little carne asada "gas"

Sustainable fuel of the future??