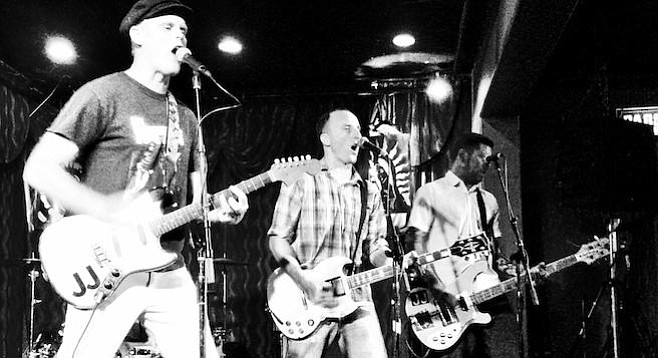 The politics and image of real punk

The Widows can't care about "likes"

Things were different when the Widows started playing punk rock 12 years ago. Singer/guitarist Aaron Pores liked it better when things were more DIY. 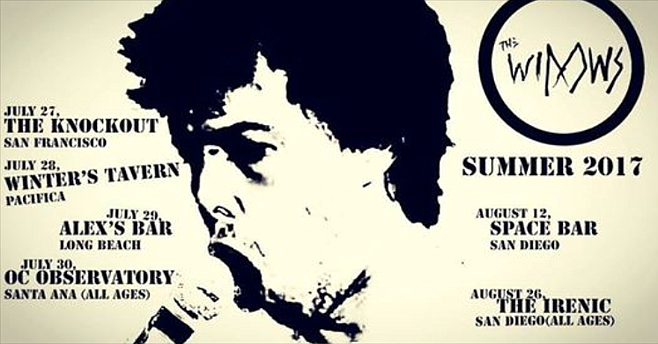 “I love making physical flyers,” says Pores. “The visual art on your flyers is all part of the punk-rock package. People always ask us about our web presence. We don’t have ‘web presence.’ When you talk to people they ask, ‘How many “likes” do you have?’ That sort of shit seems like a necessary thing nowadays if you have a band. People have a false perception that if you get your name out there enough [on social media] you’re going to be famous.”

Widows members aged (35–47) have been in much-loved (but long-defunct) local bands like Clikatat Ikatowi, Mannekin Piss, the Fast Plants, fluf, Billy Bacon and the Forbidden Pigs, and the UK Wongs.

“Image means more now than it ever did,” continues Pores. “The message of punk has totally been co-opted by the image. The politics of real punk and the image of punk don’t match up now. That’s where the internet drives me nuts. It’s where punk has become just pouty-faced people looking at the camera.”

Pores has been playing punk rock since he went to Bell Junior High in Paradise Hills. He’s a teacher; the other guys work construction or cut hair.

“If you went up to a kid with a blue mohawk and a Misfits shirt and said, ‘Hey man, name a few songs from [Misfits album] Children in Heat, they would say, ‘Oh, I just got this shirt at Hot Topic because I liked the skull.’ One of my kids [at school] had a Black Flag T-shirt. It turns out he was more into hip-hop and techno. He told me he got the shirt at the mall and that he thought the shirt was about a flag for black people.”

Pores says the bands the Widows are playing with Saturday at the Irenic (Creepy Creeps, Schizophonics) and locals such as Dead on the Wire and Kids in Heat show that there is still hope for those who love basic rock.

“I like bands who understand that what made Chuck Berry and Little Richard good in the ’50s still works now. It seems like right now in San Diego more garage rock and straight-up punk is starting to come out of the woodwork.”

Maybe that's because there is no Misfits album called "Children in Heat".

Gotta love it when "old school punkers" try to out-cool everyone, but their brains are so muddled they can't get keep details straight.

Calling "Children in Heat" an album and not a song was my mistake. Sorry it upset you so. Do you feel better now that you got us all straightened out? The phrase "old school punkers" never appeared in the article. Sound a little bitter do we? I can just hear it: "I sure told them!"

Hey Punky Bewster....sorry again for my Misfits ignorance. If you ask me, the Misfits have always been more about T-shirts and less about their music. If everyone who had a Misfits T-shirt had a Misfits album, the band's music might have meant more than their logo, in my opinion. Still, I am not making excuses for error. It was mine and mine alone.