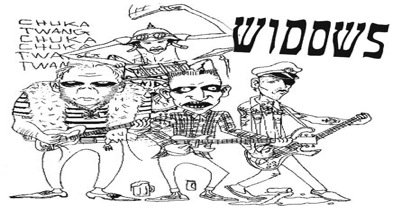 Formed in Lemon Grove in 2005, the Widows are a four-piece rock/punk band from San Diego. Singer/guitarist Aaron Pores (a teacher by day) has been playing punk rock since he went to Bell Junior High in Paradise Hills. The band also includes Chris Bieck (Rat City Riot), Cody Young (Spider Fever), and Max Bristol (who runs Flapping Jet Records with Matt Luem), all of whom either work in construction or cut hair.

According to the band, one of their inspirations is "negative feedback from dimwits in 'real' bands. They will never know how fun it is to make a mess of music. Rock n' roll is far too important to be left to professionals!"