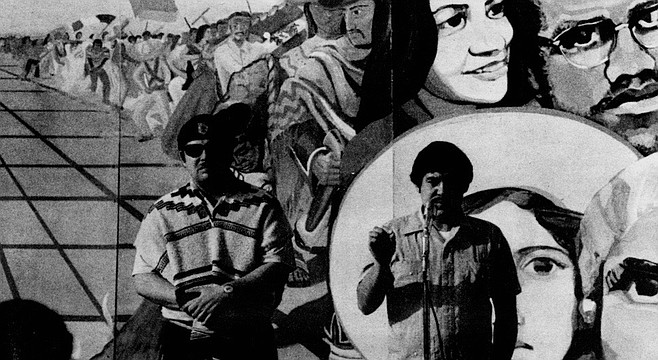 Some People in This Town Don't Like Herman Baca

Baca's aptitude is in organizing his friends. At Sweetwater High School in the late Fifties, he was president of “Los Solteros” (“The Bachelors”), a club of boys from National City’s west-side barrio. The club's usual activity was to hang out at Bob’s Coffee Shop at Seventeenth Street and National Avenue, and maybe sling a bottle across the street at the Anglos — the lettermen and Key Clubbers — who hung out at Oscar’s hamburger stand. 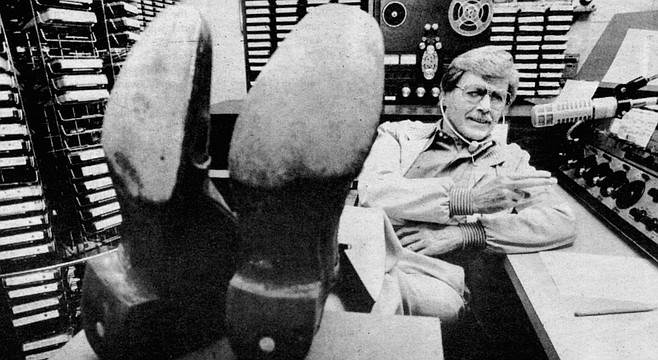 He doesn’t go for large crowds, such as the one at Lehr’s Greenhouse, or “mass enthusiasms. I have a feeling never to move with the crowd. In fact, any time the general public is in favor of something — like astrology — I’m suspicious. I’m not really gregarious at all. Never have been. And I don’t like to go to parties where there is organized hilarity, like at those swinging-singles apartments, those desperate, stucco ghettos, where you are the stuccee.” 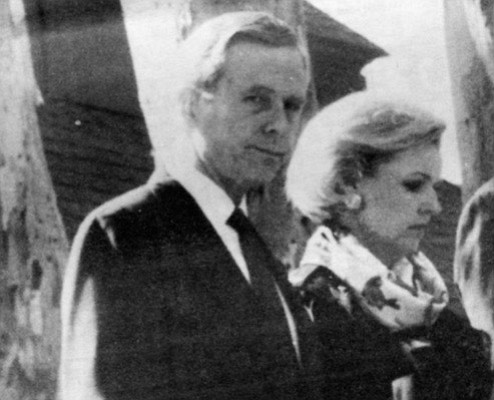 The Wilsons. The service proceeded, concluding with the singing of “The Rose,” a Bette Midler standard, by Gayle, the governor’s blonde, vivacious second wife.

Under Pete Wilson, with the indefatigable assistance of a few close staffers like Otto, the city had grown enormously. Wilson had built a new downtown shopping center. He had finally assented to construction of a trolley line. Before the popular mayor left to become a United States senator, new subdivisions were marching across the hills in the northern part of the city, and the population was growing inexorably toward one million. 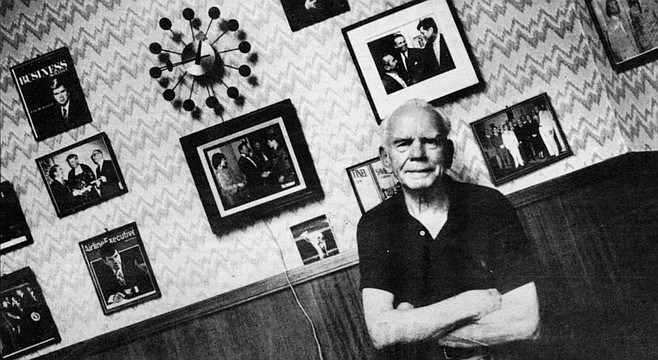 McKinnon in his Pacific Beach office. What’s an 86-year-old millionaire doing with a personal computer? Reconciling his monthly portfolio statements on Lotus 1-2-3? “Oh...I’m writing the story of my life."

“The Communists in San Diego had a little cell that was trying to take over the Journal. A general called me up one day; ‘Do you realize you have three Communists in your editorial department?’ One was a city editor, two were on general assignment. I called the president of the guild and told him I was going to have to fire them all, and he said, no, you can’t fire them.” 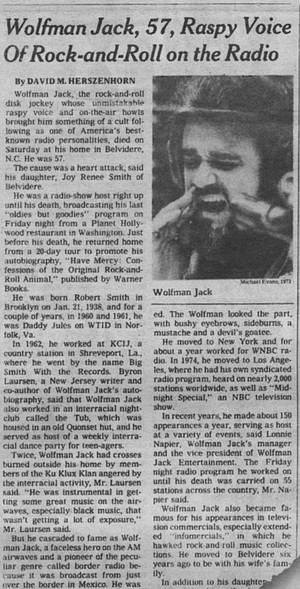 Ode to the Wolfman

Sounding like a cross between Ray Charles and a parrot in great pain, the Wolfman sang a complete verse of “Happy Birthday.” On the air, Annette giggled; off the air, in the control room, the engineer grimaced and covered both ears with his hands. The song finished, Wolfman Jack put on “Sixteen Candles.” And as the Crests wished Annette a happy birthday all over again, he wiped his sweaty brow with a tissue. 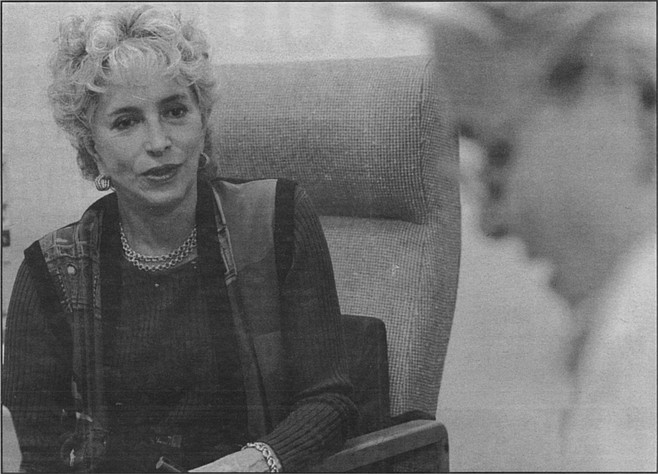 Gloria Penner. Her radio personality is different from her off-air personality, the one that laughs so hard at her self-deprecating asides that she nearly chokes.

It’s odd to hear her, hammering away at some local city councilperson about the pros and cons of halfway houses in residential neighborhoods, or about potholes, Penner sounds driven. She elevates the most mundane local matters to Meet the Press status. And hammers and hammers away until she’s satisfied. Listening to this woman lavish her intelligence and extreme curiosity on county supervisors and other bureaucrats, you can’t help but wonder if maybe she has a point. 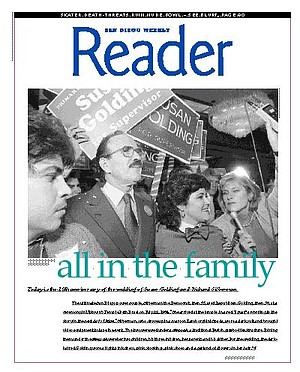 All in the Family

"Desperate to avoid prosecution, Silberman, a consummate negotiator, made an offer: In exchange for leniency, he would provide incriminating information about Assembly Speaker Willie Brown, the San Francisco Democrat considered the state's second most powerful politician after the governor," according to the Los Angeles Times. "Silberman told the agents that Brown's law firm had connections to businesses with a stake in legislation under the powerful lawmaker's control, and he offered to expose the ties."