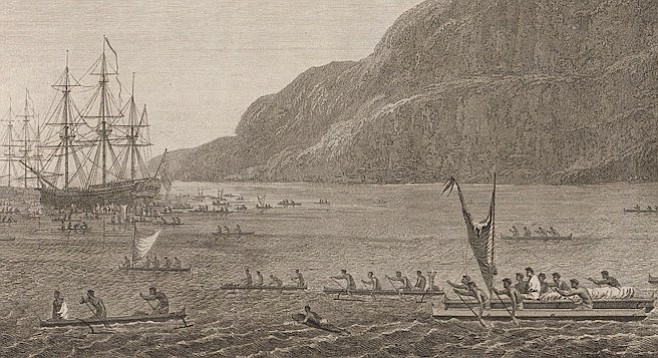 SUP with your pup

For dogs who aren't into surfing

In 1778 John Webber, captain James Cook’s ship artist, sketched what is thought to be the first representation of a paddleboarder. He later added the image to an engraving in 1781 that depicted Cook’s arrival at what would become known as the Hawaiian Islands. But paddleboarding didn’t make its way to the western world until the late 1920s, when Thomas Edward Blake drilled out a redwood replica of the 16-foot boards used by the Polynesians.

Called “cigar boards” by reporters and “kook boxes” by surfers during the 1930s, Blake’s hollow design was used in near-equal proportion to solid plank boards for both paddling and surfing. While the shorter board designs in the midcentury led wave-riding in a new direction, the paddleboard kept the principles of Blake’s 1926 design.

In 2016 stand-up paddleboards allow diving, fishing, and yoga. Dogs have been on the surf scene for decades but if your dog isn’t all that into the waves — then SUP may be for you and Rover.

SUP PUPS paddle in the bay behind Liberty Station in Point Loma in a no-wake zone. The cost is $35 for a one-hour lesson, Saturdays from 10 to 11 a.m.