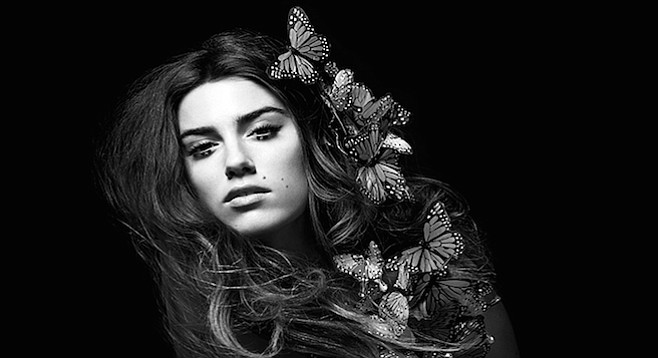 The return of Ryn Weaver

"In New York, I miss what I don’t have in San Diego, but growing up I felt like a black sheep”

Want to see Ryn Weaver’s November 4 show at the House of Blues? You could buy a ticket or you could just ask her mother, Cynthia.

“My mom is the worst when it comes to tickets,” Weaver laughs. She’s on the phone with the Reader from New York City. “She tries to get tickets for everyone, like my kindergarten music teacher or my second cousin.”

Weaver grew up an Encinitas native but moved to the Big Apple after graduating from high school six years ago. That means hometown shows are a big deal for her mom. 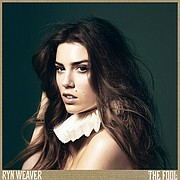 ...from Ryn Weaver's album, The Fool

“I ended up just giving Mom my tour manager’s number so she could acquire tickets from him,” Weaver says.

Wednesday’s show marks Weaver’s second hometown performance in just a few months. She last played here in August in support of her debut album, The Fool, and its hit single, “Octahate,” which she performed on one of David Letterman’s final shows.

The album’s title was inspired by the fool tarot card, which represents risking public ridicule in order to express an inner truth.

“It’s a beautiful card,” she says. “But people are torn on whether it’s good or not. To me, the card represents a traveler looking for new stuff.”

The shock of the new is very important to Weaver, who believes nostalgia is one of the most serious issues facing her generation. Her view of nostalgia is more in tune with the term’s definition in the pre–mass media world where fondly remembering the past was considered a serious ailment.

To that end, Weaver tried to make her album sound future-forward and electronic, even though she personally composes on acoustic guitar and piano. She says she does her best songwriting on organic instruments, but relied on the electronica knowledge of producers Benny Blanco (Rihanna, Ed Sheeran, Maroon 5) and Passion Pit frontman Michael Angelakos to give the songs “more colors to paint with.”

“The only innovative art forms these days are synthetic,” she says.

But even as Weaver tries to follow the edict of Bob Dylan — “Don’t Look Back” — she admits it’s hard not to do that during a hometown visit.

“It’s weird. In New York, I miss what I don’t have in San Diego, but growing up I felt like a black sheep,” she says. “I love the beach, but I’m not a surfer girl. I love walking on the beach in winter, or where it’s crisp enough to wear a sweatshirt.

“But it’s weird being in San Diego when you’re blue and it’s sunny out. I like when you’re feeling blue and the weather mimics it, so you don’t feel as alone.”