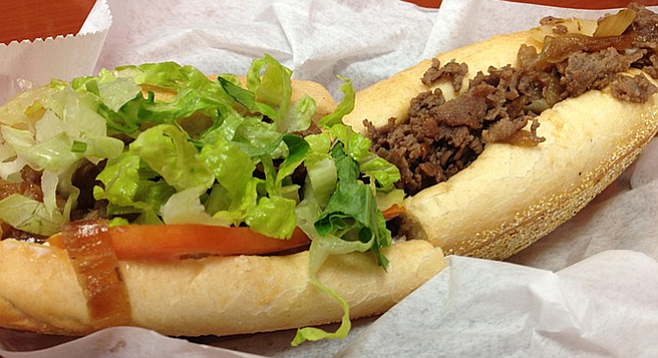 The CheeseSteak Grill does Philly proud

I’d like to find out how many cheesesteak restaurants there are in the U.S. There have been quite a few in San Diego, and while a number of them have come and gone, you can always seem to find somebody with a vocal opinion as which is the best.

I’ve got to believe that there are claims like this all over the place and that there are more cheesesteaks made outside Philadelphia than within. So, statistically speaking, the nation’s best Philly cheesesteak might not be found in its namesake city anymore. Sacrilege, I know, but with so many trying to make the best, somebody somewhere must have outdone the original, even if you’re talking about Geno’s or Pat’s King of Steaks. 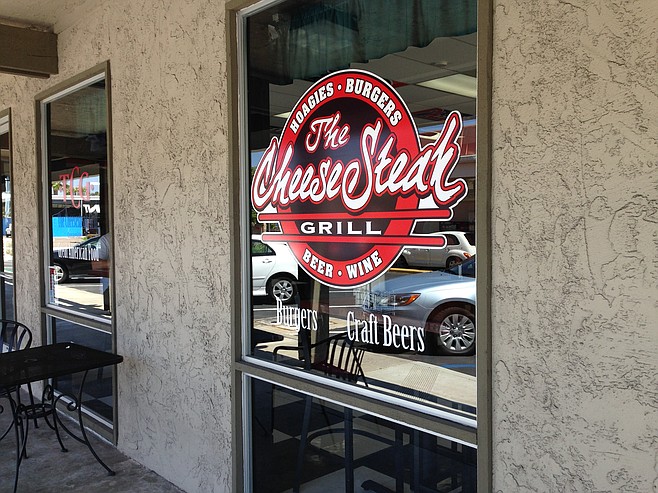 Just a little cheesesteak spot near the freeway in Oceanside

I don’t think The CheeseSteak Grill in Oceanside does it better than either of those Philadelphia landmarks, but for a beach town in So Cal it offers a tasty and authentic rendition of the classic sandwich.

Naturally, the small casual spot features loads of Philadelphia décor, including pennants name checking regional universities and assorted paraphernalia sporting the logos of the Phillies, Eagles, Flyers and 76ers. I’m sure their games appear on the wall mounted TV whenever they’re on (it was Belmont Stakes when I dropped by).

It’s also got a friendly staff working in an open kitchen, so you can see your sandwich come to life as they chop sliced Angus beef on the griddle and melt provolone or American cheese over the top (for those of us who don’t go the whiz route).

While foot long sandwiches are available, I ordered a 9-inch for my lunch, and my biggest dilemma was whether to go straight-up classic for $7.85 or opt for hoagie style so I could get some mayo, lettuce, and tomato (for the veggies, not the mayo). The woman building my sandwich was kind enough to give me half and half, best of both worlds, and I accepted her offer to load grilled onions on the whole thing.

Other options include mushrooms and peppers, though I did notice a self-service bar where you could add pickles, pepperoncinis, and various pickled peppers to your sandwich after the fact. I tried a few of these, and to no one’s surprise enjoyed the red sports peppers best.

The sandwich tasted great, with or without any of the extra toppings. It was sufficiently cheesy, and the Amoroso roll was fresh enough to enhance the sandwich. I’ve had better quality and tastier beef on cheesesteaks in the past (read: sliced rib eye) but not by much, and the cost always reflected the upgrade.

The CheeseSteak Grill delivers an on-point, reasonably priced selection of the Philadelphia classic that’s been co-opted by an entire nation. They can probably lay claim to being the best in Oceanside and could even go head to head with Philly Frank’s in San Marcos for best in North County.