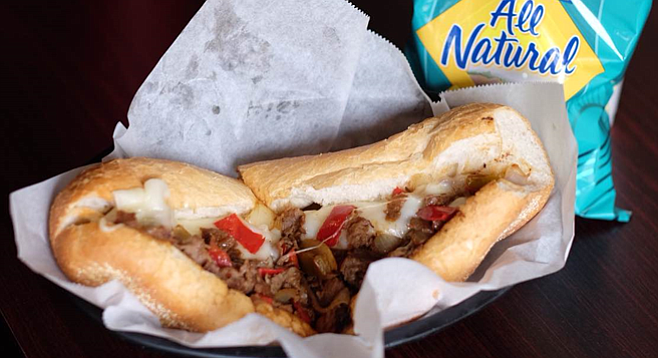 Authentic doesn’t mean you have to eat Cheez Whiz

In early 2015 the Philadelphia Sandwich Co. — est. 1979 — moved from Kearny Mesa to an address on Miramar Road. That’s about six mile difference by car but a distinct change in market for the 37-year-old small business. It’s hard not to think the Philly cheesesteak specialist won’t seem less out of place abutting a military base than it has among the glorious surplus of Asian restaurants associated with its old Convoy Street location. 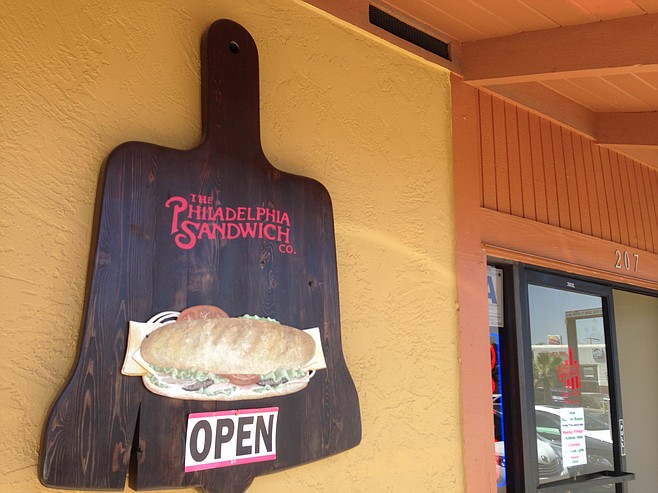 Same business since 1979, now in a Miramar location.

A little smaller and a little lighter on Philly sports fan flair, the newer spot nevertheless operates on the same principle: to replicate the owners’ hometown staples. There’s a rack of Tastykakes and Wise potato chips, with birch beer on the menu. More importantly there’s a choice of hoagies plus Cheez Whiz, American, Swiss, and provolone cheesesteaks.

The shop uses an old family recipe and goes to great lengths to be authentic. It ships in the classic rolls from century-old Philadelphia bakery Amaroso’s. It orders thinly sliced of beef from B&M Meats, which has six decades in the cheesesteak supply game in greater Philly — aka Wilmington, Delaware. And I already mentioned the questionable linchpin of cheesesteak myth, Cheez Whiz.

The whiz probably only exists at this point thanks to cheesesteaks and nachos, and there are people who’ll tell you it’s not a real cheesesteak if it’s not the phony cheez. Thankfully, the sandwich predates the invention of whiz, so there’s no imperative of authenticity to try it. I opted for provolone, with bell peppers an extra 50 cents and grilled onions gratis. I added two bucks to upgrade from a six inch to ten for a total of $8.95.

I don’t know which was shorter, the time it took to make my sandwich or the time it took me to eat it. I could have used a little more meat to chew on and some stronger seasoning overall. But it didn’t get greasy, and the texture was spot on. If I was going to score it “three bears” style, it tasted right in the middle, everything you expect out of a cheesesteak. The new address makes it a safe bet for the Marines and brewery employees working in the area.

There’s a rack of Tastykakes and Wise potato chips