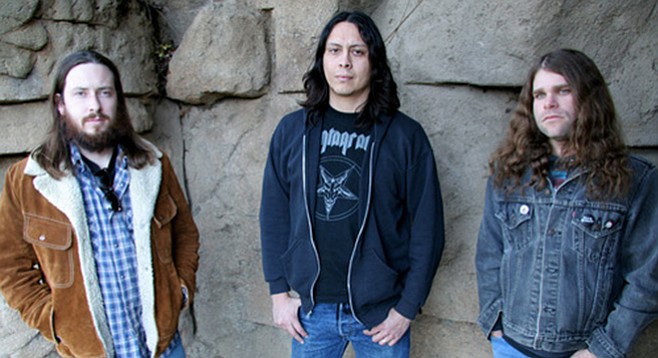 A critical mass of local bands is thriving, owing to the loud, expansive psych-metal of Earthless.

“It’s all based around an underground, heavy psychedelic vibe,” says Earthless drummer Mario Rubalcaba, a former pro skater and member of Rocket From the Crypt and Hot Snakes.

Earthless was inspired by Krautrock and Japanese psychedelic bands when it launched in 2001. “Plus bastardized Sabbath and Zeppelin,” says Rubalcaba, who launched Earthless with guitarist Isaiah Mitchell and bassist Mike Eginton.

Earthless, From the Ages 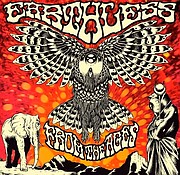 “San Diego has an awesome psychedelic rock scene,” says Rubalcaba. “We’re all friends. We hang out and jam.”

The Earthless dudes passed on their Captain Beyond DNA naturally.

When Mitchell taught guitar lessons at Moonlight Music in Encinitas, he exposed the two guitarists of Sacri Monti to the way of the heavy space-jam.

When they were co-owners of Thirsty Moon Records, Rubalcaba and Eginton used every opportunity to share their sonic vision to in-store clients.

“I would be happy to introduce a 19-year-old skater to Amon Duul 2. We always wanted to show kids a new wave of underground stuff.”

Without much fanfare, Earthless has been on three Australian tours and five European tours. Their first tour of Japan happened last month. “All five Japan shows sold out.”

“We just played our first shows in Scandinavia.” Rubalcaba says Earthless record sales show up in Singapore. “People are hungry for this in places like Brazil, Chile, and Argentina.”