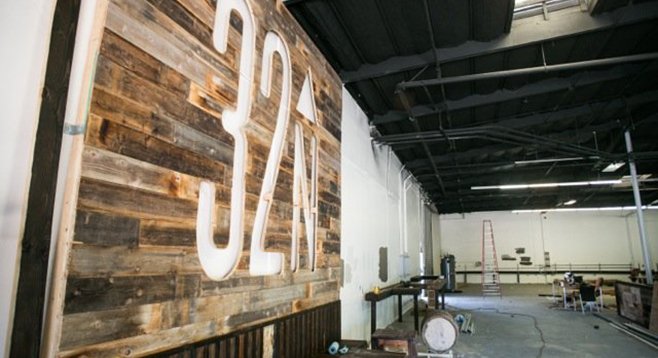 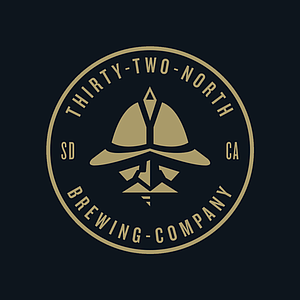 Miramar is already home to a plethora of local breweries including powerhouses AleSmith Brewing Company, Ballast Point Brewing & Spirits and Saint Archer Brewery. Few communities offer as many brewery-touring options. The current count is a whopping nine. Still, the saturation point has yet to be hit. A total of five brewery-owned venues are confirmed to be in the works for Miramar. The next to open may be 32 North Brewing Company (8655 Production Avenue, Suite A, Miramar), an operation focused on the road less traveled (exotic, lesser-brewed beer styles instead of hop bombs) and the customer experience.

Owner Steve Peterson loves the adventurousness of San Diego’s breweries and has hired on former Karl Strauss Brewing Company brewer and White Labs staffer John Hunter. Hunter is best known for the more outlandish beers he created as part of Uncle Karl’s specialty brewing division. Those include Karl Strauss’ Peanut Butter Porter, which won a cult following after its release during 2012’s San Diego Beer Week, and a pomegranate-infused imperial Berliner weisse. While the four core beers Hunter will produce for 32 North will include a pale ale, India pale ale, milk stout, and Berliner weisse (which may go by the moniker “White Sour”), the company’s rotating specialty beers will be more along the lines his out-there ales — a toasted coconut mild ale, smoked Russian imperial stout, black rye saison, and an iteration of the PB porter.

Hunter will produce beers using a 10-barrel brewhouse, and Year One production for 32 North figures to be around 2,500 barrels. Brews will be sent to beer-centric accounts around town, but the majority will be available at the company’s tasting room, which is a whopping 2,500 square feet. Peterson says to expect a “welcoming vibe” with dark wood and plenty of “creative” places to place your pint glass. When selecting a space, he was concerned about providing enough room that guests wouldn’t feel cramped. That will be further accomplished if he is allowed to turn 32 North’s 3,000 square foot patio, which is currently used for shipping and receiving, into the beer garden he envisions.

Located just off Miramar Road, 32 North will be open for business Monday through Thursday, 3 to 10 p.m. and Friday through Sunday, 11 a.m. to 10 p.m. Peterson says they are on track for an early-October debut.