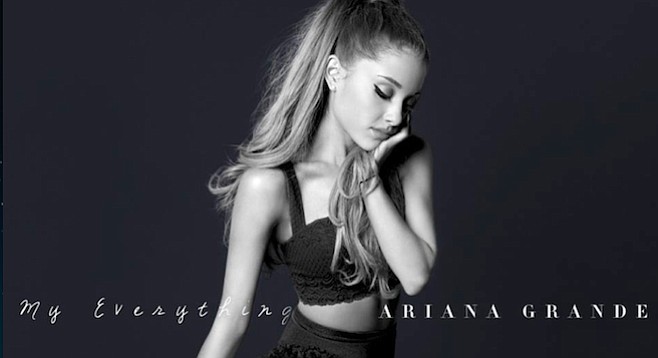 Ariana Grande's My Everything

Pop singer Ariana Grande used her theater-kid talent to prove herself competent in her debut Yours Truly. Though her vocal chops were well represented, the singer played it too safe to impress. A year later, she’s grown into a dominant pop force with her follow-up, My Everything.

While Grande previously favored a more traditional R&B vibe, here she brings in contemporary sound and production to update her style. She’s certainly on-trend with the sax-driven “Problem” or Zedd’s booming EDM in “Break Free.” But Grande also nods to styles like soda-fizz pop on “Be My Baby,” courtesy of Norwegian producer Cashmere Cat.

The romance gets more serious in My Everything, too. Her heartbreak feels more lived in, and she’s no longer a slave to the falsetto. “Best Mistake” hits the emotions hardest, despite Grande’s bashful delivery.

Guest performers bog down My Everything. Except for Australian rapper Iggy Azalea, in whom Grande seems to have found a kindred spirit, even allowing Azalea’s turn on the record to be the last kiss goodbye. She might need to choose her friends more carefully, but Ariana Grande can very well stand on her own.