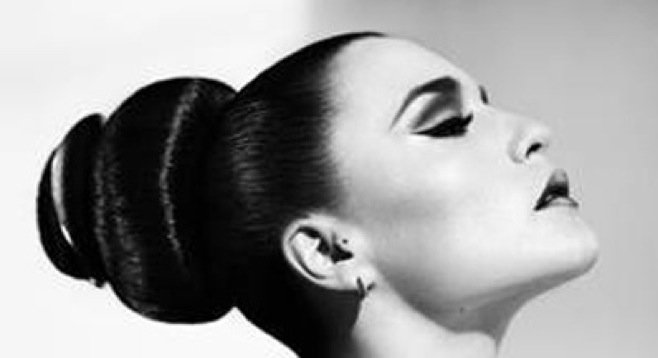 Following on the heels of Amy Winehouse and Adele, Jessie Ware is the latest in an ever-expanding line of soul-inflected female pop singers from the U.K. But where the two superstars made vocal drama their trademark — Winehouse with her punk/hip-hop inflections and Adele with bravura Broadway-style runs — Ware is resolutely, relentlessly reserved. Cool, you might say. Distant, even. But there's a certain something in her long, even tones that inspires you to imagine gobs of passion lurking just beneath the surface of her implacability.

It doesn't hurt that Ware’s hooks and looks are flawless. On video, she dresses like a wealthy ’50s housewife, gyrates in ultra-slow motion, and lip-synchs perfectly, never, ever losing her cool. On record, she's the anti-American Idol: "I can sing big," she told Time a few weeks back, but "a story [is] better when it's more intimate." Listening to her whisper, murmur, and croon her way through self-penned U.K. hits such as "Running" (her would-be anthem, if she was into that sort of thing), "If You're Never Gonna Move" (a bizarre but catchy mélange of up-tempo computer rhythms and one of the weirdest vocal samples you'll ever hear), and "Wildest Moments" (a damn-near hypnotic ode to the flaming out of a platonic love affair), you can hear both the intimacy and the deference.

Instead of blasting your eardrums and invading your personal space with everything she's got, Ware’s almost ceremonious unapproachability keeps you at arm's length while practically begging for more.