And the Winner of the Sporting Box Crowdsourcing Prize Is...

The wait is over. We can stand down, holler at the barkeep to bring a draft of grog and be quick about it. The results are in, the results have been tabulated, they have been certified, and the winner will be announced forthwith.

Doubtless you remember the Sporting Box column that ran in the October 28 issue. It was an in-depth — nay, it was an Ivy League Ph.D. thesis on crowdsourcing. The topic was thrust upon me during a phone conversation with a lifelong acquaintance and NFL degenerate gambler. He’d read an article about crowdsourcing and wanted help figuring out a way to use this novel technique in order to increase his winning percentage.

Must needs look into this, sports and popular culture is my beat. As I said at the time, Jeff Howe is credited with the term, first used way back in 2006, in a Wired magazine article he wrote, “The Rise of Crowdsourcing.” Howe said, “A central principle animating crowdsourcing is that the group contains more knowledge than individuals.”

And I went on about historic crowdsourcing successes: the Longitude Prize, established in 1714 by the Brits, offered a £20,000 prize for the person who figured out how to fix longitude within 30 miles of true. The Orteig Prize ($25,000), won by Charles Lindbergh, the first person to fly nonstop from New York to Paris. And the $10 million Ansari X-Prize for the first privately financed, built, and launched vehicle carrying three people into space and safely bringing them back twice within two weeks. Won in 2004 by a team funded by Microsoft cofounder Paul Allen.

So what? That was then and need not concern us now. Now, General Motors is crowdsourcing its car commercials, DHL is testing crowdsourcing to hurry up delivery, radio stations are crowdsourcing their playlists, and on and on. As one greedy vendor put it, “If you don’t crowdsource, you’ll be crowdsourced.”

The Box was swamped. Peter Laurence of La Mesa is particularly deserving of recognition. He suggested Turner needed to win in order to be fired. Brilliant. Still, sadly, there can be but one winner.

Therefore, I give you — get up on your feet, people — I give you Phinneas C. Menck, champion, astute Chargers observer and crowdsourcer extraordinaire. Follows is his nonviolent, crowdsourced solution. Read it and feel the sunshine of hope.

The controlling principal of the home squad rests with the stubborn and proud A.J. Smith. It matters not whether fans demand better results. It matters not whether Norv consistently starts slow, underachieves with superior talent, or makes poor in-game decisions. Neither does it matter that his flaccid personality renders emotion an afterthought in an inherently emotional game.

A.J. committed to him in a very public manner. A.J. cannot dig himself out of that trench. He will never lose face by admitting fault for years of postseason futility. There is no chance A.J. would impose public humiliation on himself after unceremoniously booting Marty the Schott and defending his selection of Norv for so long. A.J. rules without remorse.

We must look to the balance of the league for a solution. There is no shortage of egomaniacal billionaire owners subject to exploitation. Every time a free agent posts career numbers, these owners jump all over each other to throw cash at him. It does not matter that a man making more money than his grandchildren could ever spend is prone to this kind of excess. Let’s use this dynamic to our advantage.

Target a dummkopf with a bad coach, huge wallet, and monster ego. Jerry Jones in Dallas sounds like our guy. Cozy up to him and convince him Norv is a genius. We can use a close confidante like the woman who shoots Botox into Jerry’s forehead. Get her to suggest it (Norv is a genius) until he thinks it’s his idea. Then — bingo! — Jerry throws a fortune at Norv. Norv can’t refuse. No muss, no violence, and the next Bill Belichick is on his way to San Diego. 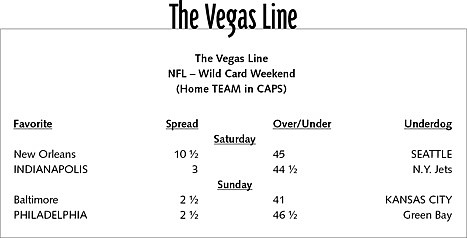