Sometime it's hard to tell a Republican from a Democrat in San Diego's mayors race without a program.

As reported here yesterday, Irwin Molasky, an old friend of the late mobster Moe Dalitz and a big backer of Nevada Democratic Sen. Harry Reid and Hillary Clinton, is squarely behind the candidacy of GOP mayoral candidate Kevin Faulconer. 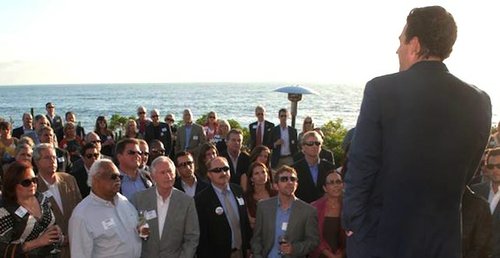 Meanwhile, over in the camp of newly minted Democrat Nathan Fletcher, a former top GOP fundraiser and staffer at the conservative Koch brothers-backed Manhattan Institute for Policy Research is hard at work. 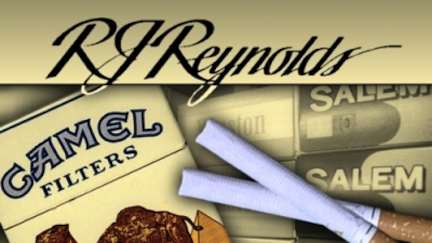 As first reported in February of last year, Anne Bosanac is a longtime Fletcher helper, having been finance director of his mayoral campaign the last time out.

She and husband Benjamin Bosanac founded Emissary Relations, which as reported here in April of last year was paid $65,000 from the then-Republican legislator's so-called office holder's account - funded by cash from tobacco industry giant Reynolds American, among other special interest giants - and other campaign committees.

Anne Bosanac is one of the premier fundraisers in California. She serves as a Principal at Emissary Relations, LLC and assists political candidates, organizations and non-profits across the country with implementing strategic fundraising plans

Anne also served as the Development Officer for the Manhattan Institute for Policy Research in New York City.

Anne was responsible for maintaining and expanding donor relationships with individuals and foundations for the Institute.

Critics on the left, including the Greenpeace environmental group, calculate that foundations run by the conservative Koch brothers gave a total of $1.4 million to the Manhattan Institute between 2005 and 2011.

These days Bosanac's old boss Nathan Fletcher has converted to the Democratic party, but she's still along for the ride, based on the appearance of her name, contact number, and NathanFletcher.com email address on an online request for RSVPs to a Fletcher mayoral fundraising event coming up in a couple of weeks.

We've left a call with Bosanac for details.

So unbelievable this guy claims to be Democrat!

What's unbelievable is the complete and utter self-promotion by Nathan Fletcher of Nathan Fletcher. It's downright cold-blooded "Manchurian Candidate."

Undeterred by his boss, GOP Congressman Randy "Duke" Cunningham's going to prison for selling votes for bribes, Nathan claims he never "really" knew him. Doesn't hesitate to use bereaved parents of a murdered girl in his mayoral campaign advertising. Undaunted by County GOP cold shoulder in the mayoral race, Nathan becomes a registered Independent. When independence doesn't work and he ends up in political limbo, he "reflects" on his basic "values" and is welcomed into the inclusive Democratic Party tent. He takes a six-figure job at Qualcomm, the shop of his Big Dem patron Irwin Jacobs, and serves a stint as temp-prof-without-portfolio to teach at UCSD where same patron has juice. (Parents, get a tuition refund for that course on "government!")

Now Dem Nathan's got Tea Party money and Tea Party helpers -- but no problemo. Probably Democratic Party chair Francine Busby will be making Nathan a headliner at the coming County Dems Convention -- just as she did at the Party's annual gala in May when the Democratic Mayor of San Diego was overtly snubbed, Nathan was warmly welcomed and Fletcher fan and Dem rainmaker Christine Forester was the main speaker.

It's not just that this guy's a Democrat. It's that he's Nathan Fletcher. Well, and that the local Democratic Party has spectacularly sold its soul.

monaghan: yes "the local Democratic Party has spectacularly sold its soul". It's as if instead of Fletcher becoming a Democrat the local Party has become Republican. If somebody could point out the difference between the two parties right now I would be glad to hear it. How can it praise a Fletcher and condemn a Filner?

The Labor Council is the only bright spot on the left now. But its soul has been at least temporarily hollowed out by Lorena Gonzalez, Fletcher's long-time secret friend. The LC now has nobody to back other than Alvarez who voted for Jacobs' rape of Balboa Park.

Alvarez will continue to kiss up to Jacobs to get the Dem endorsement only to be denied it anyway. He is just another Vargas, Hueso, Gonzalez and Gloria who give lip service to the Left while taking money from the Right.

How can we realistically expect the only trustworthy candidate we've got, Bruce Coons, to beat all that dirty money? The best he can hope for is a good showing in the Primary.

The damage they have done may never be repaired. The Dream may indeed be dead.

Pat: So the Labor Council was not a rock, but what about the building trades union? I read that they did not desert Mayor Filner. There will always be some light under the door.

No, the Labor Council is still a rock, now more than ever. I am just disappointed that it didn't have a more worthy candidate to give its support to other than Alvarez. They had little choice even though he is far from a labor man. Maybe it will change him.

He is in fact a protégé of the Duchenys. Al & Denise are wealthy Latino landlords, based in Barrio Logan but not exactly labor people. Al is boss and remains in the background. Alvarez will do whatever the boss tells him.

The Labor Council could still get Alvarez elected but it will take an organizing effort never seen before. That would be great. At least this time they are straight AFL-CIO, no more messing around with the City's MEA. That stuff all came from Lorena and Zucchett who are both City politicians and could give a rats about the non-City blue collar workers.

Maybe now we will see what the Labor Movement is really all about. Lorena and her best friend Nathan Fletcher should do the honest thing and go sign up as Republicans.

I know who I would like to give a stiff upper lip ...

I'm right behind you, Pat Flannery. We are only beginning to understand how much damage was done when Donna Frye, Marco Gonzalez (brother pf Lorena) and Cory Briggs decided to make women "safe" from Mayor Filner.

Monaghan: Of course I live in the present, mostly. But, in this case the image occasionally obtrudes...what the devil were those goofballs thinking?

Speaking of Frye et al., is Steve Hadley really back at work in a City job, for TGlo? Or is this just some freaky mistake? http://www.linkedin.com/pub/steve-hadley/32/751/847

I had hoped Hadley would speak up for Filner with the kind of respect for due process that he expressed in his Seventh Day Adventist church resignation: http://www.atoday.org/article/766/news/2011/pastor-resigns-in-wake-of-la-sierra-university-controversy