And ordered to pay $4,592.55 restitution for funeral expenses

An Oceanside man was sentenced today to 20-years-to-Life for killing a transgender prostitute more than a year ago.

Tyree Davon Paschall, 29, admitted second-degree murder in the beating death of 47-year-old Crain Conaway, in the victim’s rented home in Oceanside, in January of 2012.

A letter from the victim's sister, who lives on the East Coast, was read to the judge before sentencing this afternoon, May 2, 2013, in San Diego’s North County Superior Courthouse.

The bereaved sister declared in the letter (read by a prosecutor) that Conaway was “much loved” and that the family tries “not to think of how she died” and the letter ended with: “until we meet again, (signed) Carolyn Stokes.”

Prosecutor Aimee McLeod said that since the defendant admitted second-degree murder, he will not be entitled to “good time credits” for the first twenty years of his newest prison sentence. It was alleged that Tyree Paschall had “strike priors” and “prison priors” dating from 2005, and he was out on parole at the time of the murder. 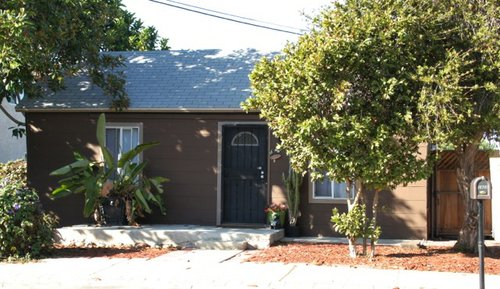 Rented home in Oceanside where body of transgender prostitute was found.