Ulysses Ocampo, now 23, pleaded guilty to attempted murder and other crimes, ten days before his trial was set to start in San Diego’s North County Courthouse. In the plea deal, eleven other felonies were dismissed.

Ocampo admitted that he tried to kill “William” a year ago, on February 6, 2012, when he stabbed the man who was waiting with friends for their meal, in front of an Escondido pizza place. Ocampo also admitted that he drew a knife to intimidate another man a week later, on February 13, 2012. After a foot-chase that same night, Ocampo was captured by police.

A prosecutor alleged both assaults were “hate crimes,” that Ocampo chose his victims because of their race. Ocampo did admit gang allegations and the hate crime allegation, according to plea deal paperwork.

Escondido police gang specialist, detective Erik Witholt, testified at a preliminary hearing that police learned that the Mexican Mafia had put word out for Hispanic street gangs to stop battling each other to “focus on getting the blacks out” of their territories.

Prosecutor Cal Logan alleged four prior felony convictions for the defendant since 2007, when he was 18, those for assaults and stolen vehicles.

Judge Aaron Katz ordered the gangster to pay $22,748.14 in restitution to 29-year-old victim “William,” who was stabbed in the chest and suffered “great bodily injury” and recovered in hospital. 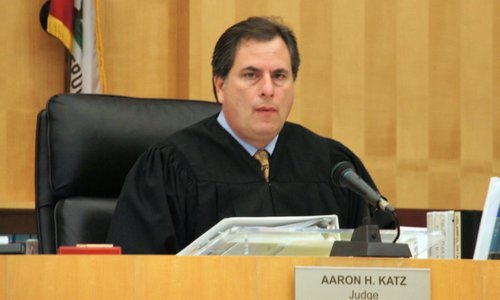