Molly said, “I work at a tanning salon.” The salon is located near the intersection of Highway 101 and Encinitas Boulevard, in Encinitas.

Two weeks ago, on March 12, Molly was behind the counter a little after 9 a.m. when a tall young man walked in and asked about services there. “He stated that he wanted a pedicure.” Molly came around the counter to hand the man a price list, “He took it from my hand.”

“He acted like he was going to put it in his pocket,” but instead the man lifted up his long shirt. Molly saw that, “His jeans were buckled below his genitals.” The man exposed his naked private parts to the pretty, young blonde. Molly said she hurried back behind the counter, and then the man asked if he could use the business’s restroom. He could not. “I was offended,” Molly declared, at a preliminary hearing this morning, March 27, 2013.

Prosecutor Matthew Brower alleges that Timothy Ty Craine has a prior conviction for the same offense, in 2006, out of Riverside County.

The accused pleads not guilty and is currently held in lieu of $65,000 bail. 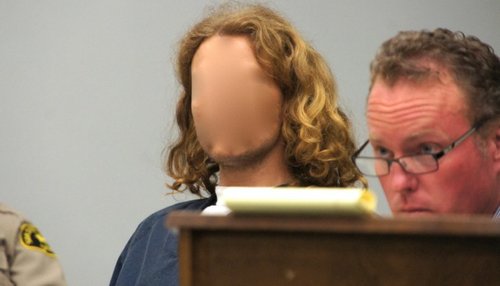 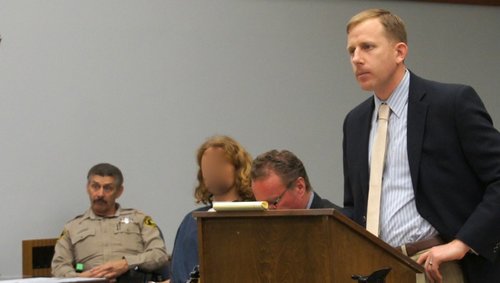