A woman identified as “Paulina” was walking her dog in Encinitas last week when a man jumped out of hiding and accosted her, according to a prosecutor in court last Monday.

The San Diego County Sheriff said deputies and a helicopter “were able to secure a perimeter” and capture a suspect “who matched the victim’s description of her attacker.” The alleged victim identified 29-year-old Kori Adam Prince as her attacker, according to a Sheriff’s spokesperson.

Kori Adam Prince has been charged with two felonies, assault and attempted rape, and battery and indecent exposure as misdemeanors. The defendant is next due in court on Tuesday, August 21. 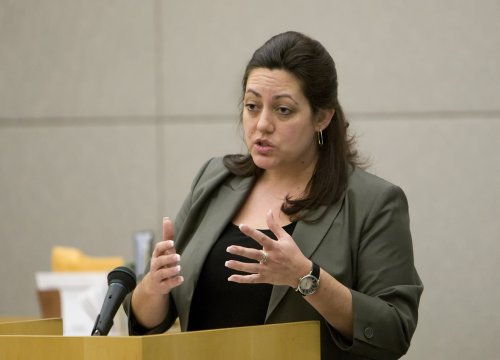 Judge said no to my request for photos, because he wanted to preserve future identification of the perp by witnesses. But isn't prosecutor Aimee McLeod lovely?

LOL.........hopefully she has a current Penal Code to reference!