Ramona Elena Montes, 18, was charged with 40 felonies and 20 misdemeanors for an alleged nine-month spree of graffiti vandalism, from last August until April of this year.

The young Latina wore shackles and glared at the prosecutor when he asked the judge to raise her bail in San Diego’s North County Superior courthouse yesterday afternoon, May 3, 2012.

“The facts of this matter are egregious,” said Judge Marshall Hockett. He also ordered that if Montes should be able to make bail, she is “to possess no tagging nor vandalizing tools.”

A Sheriff’s spokesman has said the accused woman is responsible for more than 300 acts of vandalism which caused more than $100,000 damage. Sergeant G. Twyman said Montes signed her defacements HAZE and was part of a group that called itself CFB, or Cali Female Bombers. 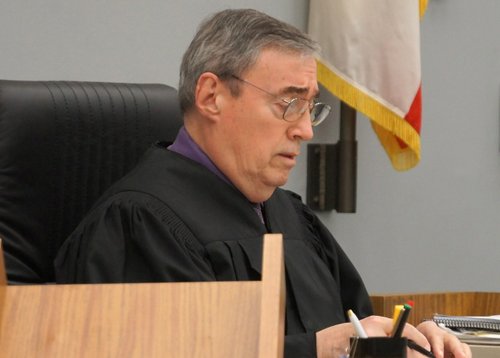