Will one of America’s deadliest weapon makers put huge money behind a recall of San Diego mayor Bob Filner? That could be the message telegraphed over the weekend on CNN by Democratic U.S. Senator Dianne Feinstein. 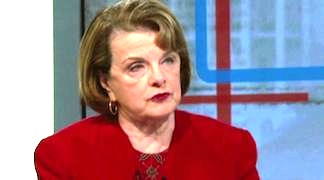 Believed by some to be a card-carrying member of Yale's CIA-linked Skull & Bones secret society, Linden Blue and his brother have built a prodigious fortune on making deadly robotic weaponry for America and other military establishments around the world, including the Predator and its big brother, the Reaper.

In addition to his military hard line, Linden is a die-hard opponent of marijuana legalization efforts, including those favored by the embattled Filner. 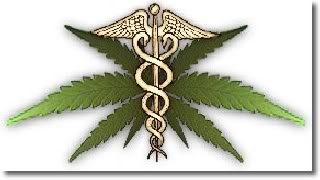 In particular, Blue wants more testing of high school students for weed, as he wrote in an article with Peter Bensinger, Drug Enforcement Administration administrator during the Ford, Carter and Reagan years:

If kids know there is about a 99 percent chance they will lose, they won’t take the risk — especially on things that are important to them like a driver’s license or getting a job.

We need to make this work for our kids and for Latin Americans, where the U.S.’s drug appetite has stimulated international cartels and contributed to thousands of deaths.

But there is one exception.

California's senior senator, Democrat Dianne Feinstein, is at the top of the General Atomics campaign giving list, according to political donation data posted online by the Center for Responsive Politics website OpenSecrets.Org.

During the 2012 election cycle, Feinstein picked up $54,750 from the contractor, according to the figures. Number two was GOP congressman Buck McKeon, with $38,800. San Bernardino Republican Jerry Lewis got $22,400 and San Diego GOP congressman Duncan Hunter got $16,450. Losing Republican incumbent Brian Bilbray was number five with $13,250.

The Blues have been big local political players as well, backing GOP candidates for mayor and council with large amounts of campaign money.

On Thursday, as San Diego mayor Filner refused to step down in the face of mounting harassment allegations against him, Froman - who has also worked for GOP ex-mayor Jerry Sanders, the school district, and the Red Cross, another her other post-retirement gigs - was one of four local women executives to appear on the set of San Diego State University broadcasting’s KPBS to air their complaints against what they alleged was the Democrat's past out-of-line behavior with them.

On Sunday, San Francisco’s Feinstein, too, joined the chorus for Filner's ouster, saying on CNN's "State of the Union" that "I don't think that somebody who is lacking a moral compass really sets a role model or really will provide the kind of leadership that San Diegans want."

Whether or not she was using inside information from her friend and big-time financial backer Linden Blue the senator didn't reveal, but Feinstein went on to say:

"I suspect there will be recalls, and the people will judge.”

So weed and rear-patting (or touching her face, in case of Adm. Ronne Froman) are more important that killing people with drones? Not in a real world, but they are in the superficial world of San Diego. I think Sen. Feinstein needs to re-look at her own "moral compass" - e.g., past financial indiscretion or conflict of interest by her husband - as it seems to be seriously off course, including not revealing her relationship with this war-mongering family and corporation. Top priority in this town is that the previously-in-charge power structure wants its place back. And if a recall was too expensive (and likely would not have been successful) a "sex" scandal will do just as well. While the rich get richer on the wars.

The recall vote system is so unfair the courts might invalidate it. To win, the Mayor needs a majority, while Carl Demaio might plausibly win with 25%.

Senator Feinstein (aka Mrs. NSA-Spying-on-Americans Is Okay By Me) does have ties to San Diego's establishment and has been called upon to interfere in local matters even before now. Years ago Feinstein endorsed novice Julie Dubick over an incumbent School Board candidate who was locked in opposition to great privatizer and establishment darling School Superintendent Alan Bersin. Dubick lost despite Feinstein's imprimatur, but she found work as an aide to ex-cop former Mayor Jerry Sanders who, on retirement, has been rewarded for his public service with a top-job at the Chamber of Commerce. One hand washes the other. Probably it ought to mind its own business.