Democratic mayor Bob Filner - under the gun today for as yet unspecified transgressions in office regarding alleged sexual harassment - is only the latest in a long line of San Diego city officials to find themselves enmeshed by scandal involving the birds and the bees and the law. 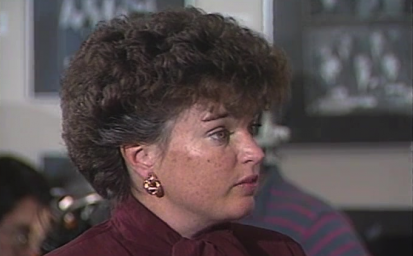 So far, no names have been named in the Filner case, because, says his one-time ally, ex-Democratic city councilwoman Donna Frye, as reported by today's U-T San Diego, "The women are too scared to speak."

Silence and secret allegations played a big - and costly - role in what is arguably the city's most sensational sex scandal.

It began back in 1991, when Susan Bray, then a Gaslamp Quarter planner and sign law enforcer, cut a non-public deal with the city over her charges that she was sexually harassed by planning director Robert Spaulding.

Word of the hush-hush agreement, worth $100,000 and secretly arranged by then-city manager John Lockwood, eventually got around, and Bray then sued the city for alleged breach of confidentiality.

Spaulding’s testimony in the case was reported by the Los Angeles Times in November 1992:

Called by attorneys defending the city against Bray's multimillion-dollar lawsuit in U.S. District Court before Judge Edward J. Schwartz, Spaulding said that Bray even complimented him on his body and sexual performance.

"On numerous occasions, she said it was the best sex she had ever had," he said.

Spaulding strongly contradicted Bray's testimony last week, which indicated that she "submitted" to Spaulding's sexual advances because she feared losing her job overseeing planning issues in the historic Gaslamp Quarter.

The sexual relationship was the basis for a sexual harassment claim that Bray filed with the state after she and Spaulding ended their relationship. Several high-ranking city officials have testified during the three weeks of the trial that they engineered a secret and complex $100,000 agreement to settle the claim in order to protect the privacy of both people.

However, word of the settlement leaked out in May, 1991, and the City Council forced Spaulding to resign from his job. While Bray left her post as part of the settlement, she has testified that the public scandal caused severe trauma and has left her unable to work.

Although Spaulding agreed with Bray that the two met at a beach-area bar one night in April, 1988--purportedly so Bray could give the recently arrived Spaulding a tour of the city--he contradicted her by testifying that mutual sexual sparks immediately began flowing between the two.

Bray, who was wearing "tight jeans" and "a top that showed a lot of cleavage," touched him on several occasions, Spaulding said. "My reaction would be about the same as any other man, I guess," he said.

Bray disputed Spaulding's version of their multiple encounters and said the sexual relationship, which she told a newspaper had lasted about two and a half years, was non-consensual.

In the end, the jury awarded Bray $28,150 for the confidentiality breach, according to a November 1992 Times report.

As the Times reported in October 1992, city manager Lockwood testified that he didn't bring up the matter in a city council closed session because he feared the mayor's wrath.

The harassment settlement was not brought to the council "because our experience in the past several years had been that matters discussed in closed session had not been kept confidential."

Lockwood testified that O'Connor, a close friend of 20 years, was "incensed" because she was not told of the sexual harassment allegations made against Spaulding, an employee who was hired by and who reported to the mayor and council.

O'Connor blasted Lockwood during testimony last week--going as far as saying she would have demanded his resignation if he still worked for the city, but Lockwood testified that the mayor took the matter personally and never suggested that he violated the City Charter.

"I don't recall her saying it was a violation of any law, but she thought we'd been friends for so long I had an obligation to tell her," he said.

In addition to its more sensational aspects, the Bray case also made history by sparking a lawsuit brought under the California Public Records Act by the then-San Diego Union and its sister paper, The Tribune, in an effort to force then-city manager Jack McGrory to release details he had been concealing about the secret deal with the planner.

"On numerous occasions, she said it was the best sex she had ever had," he said

Wow, I too get this compliment on a regular basis!!!!!!! (sarcasm! intended)

I remember this case well, because they made payments of $9,999 to get around notification of the council ($10K or above settlements required council approval), clearly illegal. In federal court under current banking laws that would be a felony charge under 31 USC § 5324 - Structuring financial transactions to avoid banking disclosure rules.....

• We’ll give the last word to a Reader scribe who notes that another leader, Winston Churchill, was abusive to staffers. In classic nothing-to-see-here style, the writer also tries to divert attention from the new scandal to old scandals. (Add that to your playbook, people.)

Don, if I were but you and should perchance encounter such an insulting dullard on the byway, I'd rap him smartly across the noggin with my walking stick and say, "fey and begone, you insufferable cad"...but I'm nowhere near the gentleman you are, so I'll just point out his many professional failings in online comments.

Good idea, Fred. When you work for a journal with no journalism in it, you slam your superiors -- and, of course, Mayor Filner. Dotinga should seek a better gig.

Meanwhile, this was an artful dodge and it is good to be reminded of it. Speaking of disrespecting women, Mayor O'Connor's subordinates certainly felt free to make end-runs around her authority -- first Mr. Lockwood and later that old necromancer Jack McGrory.

As for the alleged coercion -- two-plus-years of non-consensual sex? Really?

Great story. Thanks for a good summary of this case and a little recent San Diego history.