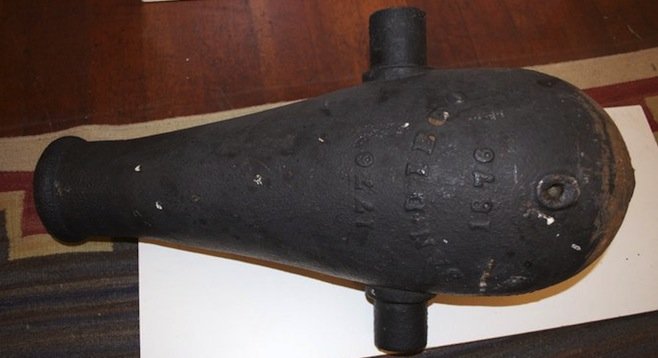 Historic Fourth of July cannon recovered by Save Our Heritage Organisation

Historical preservationist group Save Our Heritage Organisation announced today (July 3) that they’ve recovered a 137 year-old cannon specially made in San Diego to celebrate the nation’s first centennial on July 4, 1876.

The cannon, designed by tinsmith William Agustus Begole, was cast with the inscription “1776 – San Diego – 1876” at San Diego Foundry, and was first fired during Fourth of July festivities in Horton Plaza. 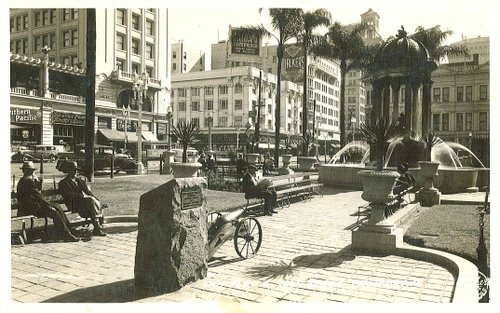 Over the years, the cannon became the town’s informal signal for celebratory news, such as the adoption of California’s state constitution in 1879. It eventually disappeared from the public square and, at some point was acquired by San Diegan John Zink.

When Zink passed recently, his daughter called the Organisation to offer the cannon up to them, if they would retrieve it. Executive Director Bruce Coons, a self-described old cannon buff, was able to positively identify the piece using archival photos.

The group is now seeking donations to restore the cannon and its carriage with the hope of having it returned to a functional state for use at events such as the centennial of the 1915 Panama-California Exposition.

Wow, great story, and love the photo. Where did Zink keep this cannon?

Apparently it was just sitting half-buried in his yard.