Oceanside party ends up at hospital

The stabbing victim, Lorenzo Esparza, was described as a Mexican Mafia “dropout;” he reportedly joined La Eme while doing a stint in prison. However, Lorenzo is still considered a member of the Escondido street gang named Diablos, according to police.

Oceanside police detective Mark LaVake testified at a hearing for two brothers from Oceanside, the two were charged with attempted murder. The detective said that some people know better than to approach the Sroufe house at 1466 Hunsaker Street without phoning first, because “things like this could happen.”

An officer went to speak with Lorenzo at hospital the same night he got stabbed, but Lorenzo had breathing apparatus in his mouth and was heavily sedated. It was a serious injury, a four-inch wound on Lorenzo’s left side perforated his lung and liver and intestines. At some point the patient “woke up fighting” and punched out a nurse, a defense attorney told the judge, during the hearing August 6, 2013. And Lorenzo admitted drinking alcohol and smoking meth before he approached the house, although detective LaVake said Lorenzo told him he “wasn’t too high.”

Investigators were able to speak with 24-year-old Romie Zayak, the female companion of Lorenzo, who was at his bedside in hospital. Romie was not cooperative at first, making obscene gestures at officers while they took evidence photos, but eventually she did speak with him, the detective said.

Romie Zayak said she hired a limousine that evening “to party.” (Romie might be described as a party girl, see her IMDb webpage under the screen name Sadie West.) Romie was part of a group on the way to the beach in Oceanside that night, she told the detective. (The number of persons inside the limo was not made clear.) The limo driver was directed to pull over on California Street because Romie wanted to smoke (no smoking in the limo, she said). Then Romie and Lorenzo went for a walk, and they smoked and chatted until they rounded the street corner, and that was when Romie suggested they should go retrieve a laptop computer she said was stolen; Romie believed her computer was inside the house at 1466 Hunsaker Street, the detective told the court.

Lorenzo Esparza later admitted to investigators that he did have a large knife in his hand when he and Romie were on the porch, according to testimony. And there was a 9mm Glock handgun in Lorenzo’s backpack – but Lorenzo said his backpack got “cut off” him at some point and he doesn’t know what happened to his Glock.

Lorenzo and Romie were unexpectedly rushed on the front porch, and Lorenzo suffered a beating and he ended up in the asphalt street, stabbed. The limousine drove up and he was pulled in.

“The knife was still in his side,” detective LaVake said. The persons in the limo allowed Lorenzo to lie across them while “he was holding the knife in his own hand,” the detective testified.

Andrew Ryan Sroufe, 31, and Matthew William Sroufe, 26, are now charged with attempted murder. The brothers plead not-guilty through their public defenders. The prosecutor and public records suggest that each defendant has prior criminal convictions.

The alleged crime happened in December of 2012; the case has been delayed because many witnesses have criminal cases of their own, and some are in federal custody, according to statements made in court.

After a two-hour hearing on August 6, 2013, both Sroufe brothers were ordered to answer the attempted-murder charge. Honorable Judge Kathleen Lewis noted, “The victim certainly doesn’t have clean hands” and she commented “I do think the case should probably be settled.” 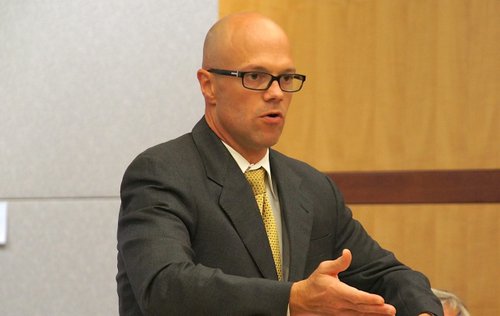 The judge ordered that the face of defendant Andrew Ryan Stoufe should be obscured, because of future identification issues by potential witnesses. He pleads not guilty to attempted murder charge.

The judge ordered that the face of defendant Matthew William Stoufe, 26, should be obscured, because of future identification issues by potential witnesses. He pleads not guilty to attempted murder charge. 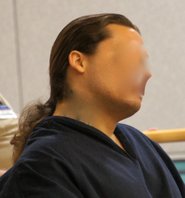 THIS IS THE " ALLEGED PARTY GIRL" ROMIE AS YOU MAY HAVE READ ABOVE THE STRAIGHT BULLSHIT THAT THESE MEN ARE GOING THROUGH AND TO SAY I FEEL COMPLETELY RESPONSABLE FOR SOMETHING THEY ARE BEING "ACCUSED" OF IS RUTHLESS. I AM DISGUSTED THE WAY OUR JUDICIAL SYSTEM WORKS THERE IS NO JUSTICE HERE. WHAT THIS IS EXACLY IS TWO YOUNG BOYS (THAT I JUST RECENTLY DISCOVERED ARE MY AGE) ARE BEING WRONGFULLY ACCUSED OF " "STABBING" THIS INDIVIDUAL WHO OH YA BY THE WAY BEEN STABBED ON 3 SEPARATE OCCASIONS IN THE YEAR OF 2012 ALONE. NOW THEY ASSUME THAT BECAUSE IT WAS IN THE FRONT YARD OF THERE (LETS NOT FORGET MOTHERS) HOME THEY WERE IN FACT THE ONE OR TWO (I DONT REALLY KNOW AND NEITHER DOES ANYBODY ELSE) THAT COMMITTED THE CRIME. HOWEVER I AM IN FACT GOING TO LET YOU KNOW I WAS THERE TEN FEET AWAY FROM THE FIGHT THAT I LITERALLY SAW ABOUT 7 DUDES BEATING A MAN UP THAT WAS LITERALLY EQUIVALENT TO ONE BIG HUGE CHAOTIC BLURR YOU COULD NOT MAKE OUT ANYTHING IS WAS POURING RAIN AND THUNDERING THAT NIGHT IT WAS MUDDY AND THERE IS LITERALLY NO POSSIBLE WAY ANYONE IS THIS UNIVERSE COULD HAVE GOTTEN THAT ANSWER. SO IN A NUTSHELL THESE TWO YOUNG MEN WHO NEED I REMIND YOU WERE STAYING OUT OF TROUBLE AT THERE MOTHERS HOUSE MINDING THERE OWN BUSINESS AND HAD BEEN PUT IN A SITUATION TO DEFEND THERE FAMILY AND HOME GOT IN A PHYSICAL ALTERCATION FROM THE MORON AKA LORENZO SAYING OUT LOUD (SAFE TO SAY YELLING) AT THE FRONT DOORSTEP WITH MY DUMBASS ASIDE HIM I GOT A GANG AROUN THE CORNER COME OUTSIDE WITH A KNIFE IN HIS HAND VISIBLE AND OF COURSE IM THERE TO RETRIEVE A LAPTOP THAT BY THE WAY WASNT EVEN THERE IN THE FIRST PLACE. BUT SOMEHOW SOMEBODY SAW THESE TWO BOYS DELIBERATELY STAB LARRY IN THE STOMACH. PEOPLE WHAT I AM TRYING TO SAY IS NOBODY KNOWS WHO REALLY MADE THAT ACTION THEY ARE GUESSING, AND I DONT THINK IT IS RIGHT TO PLAY THE GUESSING GAME "GUESS WHO' WITH LIVES OF TWO YOUNG ADULTS THAT ARE NOT IN FACT A THREAT TO SOCIETY THAT JUST WANTED PEACE AND QUITE AT THE HOME WITH THERE MOTHER IF YOU HAVE ANY QUESTIONS PLEASE FEEL FREE TO CONTACT ME THANK YOU AND I AM SORRY FOR THE DECISION I MADE HAD ONLY COSTED HEARTACHE AND PAIN I WILL DO WHATEVER IT TAKES TO MAKE JUSTICE BE SERVED AND ONLY THE RIGHT THING TO BE DONE THATS ALL

You need the be there on dec. 4th 8am vista court

@romie_zayak You don't know me but I'm on Matthew side and I have been coming to all of his courts dates maybe you should get your ass in court and tell them what really went down?? I'm assuming you like to have some publicity?? Since you are nowhere to be found but I see your all up this article ha Look you said it your self, it's stupid their in jail so go make it right, let them be free and move on with their lives. We all know that all of you guys are nothing but Junkies & tweakers and it's not fair that all the blame is all on them when it was all of you guys.

This is to the reader there are a lot of "facts" in this article that are untrue are you reporting news or whatever makes a good story the fact is these two brothers are good men I know them personally and I think it's ridiculous because I was in the court room when this reporter was so she obviously heard the same thing I did which means u know that they were not just going for a walk they had every intention of going to the sroufe house and starting something the fact that the something happened to "poor Lorenzo" does not mean that these two men did it. There are no victims only choices please get your "facts" straight before you try to make my two friends seem like they did something wrong.

The two Sroufe brothers admitted assault in separate plea deals last January, and both men were sentenced to prison on March 6, 2014. Matthew William Sroufe, 27, pleaded guilty to assault with a knife and admitted a prior robbery “strike” conviction, which doubled his prison term for the new offense to ten years. Older brother Andrew Ryan Sroufe, 31, admitted felony assault and was sentenced to 2 years prison. As part of the plea deal, time for Andrew’s other cases (three stolen vehicles and a first degree burglary and two heroin possessions) will run concurrent with the new assault case. Attempts were made to contact the stabbing victim before sentencing, according to a report in the court file, but “Mr. Esparza has not returned the calls.”