Adam Brown turned himself in to authorities five years ago

After one day’s deliberations, a jury unanimously agreed that 48-year-old Adam Brown was insane when he plunged a knife into his mother’s head.

Seventy-seven-year-old Leonore Brown died in her Oceanside home in June 2008; her youngest son Adam turned himself in to authorities and told officers where they would find the knife.

A different jury had determined that Adam Brown was guilty of murder two years ago, in 2011, but that panel could not come to unanimous agreement regarding the defendant’s sanity.

Earlier this month, on October 3, a jury began hearing evidence in a new trial to determine if the defendant was sane at the moment he committed the murder; their verdict was announced late yesterday, October 15, 2013.

Defense attorney Daniel Segura had the burden of proving insanity because there is a presumption of sanity.

“Adam has delusions and confabulations that concluded with Adam killing his mother,” the attorney told the jury. “Adam doesn’t know he is mentally ill” and doctors would testify that “he’s not exaggerating his symptoms,” the public defender told the jury.

Defendant Adam Brown was the youngest of nine children, raised in the same Oceanside home where Adam stayed with his ailing mother. Five of Adam’s siblings attended his sanity trial this month, according to attorney Segura. When they learned of the verdict “the family was relieved,” attorney Segura said.

There will be a hearing next month to determine the appropriate treatment facility for Adam Brown, after an “assessment," according to his attorney. Public defender Segura expects that Adam Brown will be sent to a mental hospital somewhere in California.

“He’s never going to be released,” attorney Segura opined. “The standard for release is different, essentially that he is no longer a danger.”

The next court date for Adam Brown is set for 1:30 p.m., on November 12, before the same judge who heard trial, Honorable Harry Elias, in San Diego’s North County Superior Courthouse. 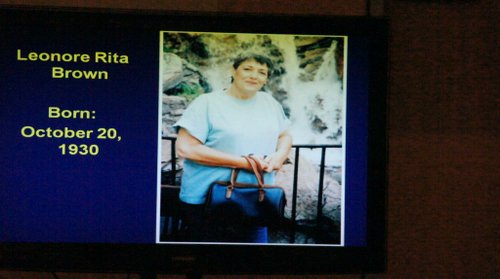 Leonore Brown was found dead in her home in Oceanside. Evidence photo 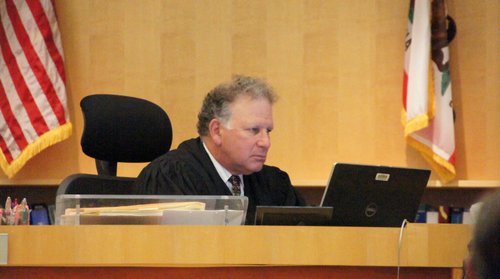 After the jury verdict was announced, prosecutor Patricia Lavermicocca made comment: "It is a very tragic case where the defendant killed his mother. The jury found the defendant guilty of first degree murder and also found him insane. We are gratified that we have a transparent record of all the circumstances for the purpose of protecting public safety." 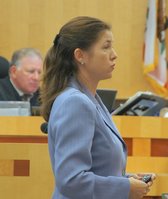 On January 27, the judge ordered Adam Brown be committed to State Hospital for a term of 26 years to life. Since the jury’s insanity finding in October 2013, there have been hearings and mental health exams. Last month Judge Harry Elias decided “the defendant had not regained his sanity,” according to prosecutor Patricia Lavermicocca.

“He will be committed to the state hospital until his sanity has been restored,” the prosecutor said. 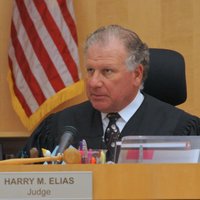