After a two day trial, a Valley Center man was declared guilty of failing to control dogs that attacked and seriously injured two joggers, more than a year ago. The attack was reported about nightfall on November 27, 2011, and the dogs were described as pit-bull-mixes.

Jose Ledesma, 41, is not the owner of the dogs, but he did admit that he was watching those dogs for their owner that day, according to an investigator’s testimony.

Two brothers testified that they were running on a dirt trail through an orange grove, when dogs came at them from different homes on nearby San Pasqual Indian reservation. The young men said six dogs in total attacked them, and the men were taken to the ground and the dogs tore into their flesh. They said they yelled for help, and a man eventually appeared who took at least some of the dogs away. The joggers said they asked the man to call for help, but the man told them to “Fuck off” before he disappeared. The victims said they slowly walked and crawled to the first home they could find in the dark, and a woman there phoned emergency responders.

Evidence was presented in San Diego’s North County Superior Courthouse on Tuesday and Wednesday of this week, April 23 and 24, 2013.

Animal Control officer Joni Palumbo said she created a photo lineup of “nine different dogs” and two of the dog suspects – named as “Darla” and “Muffs” – were identified by the joggers.

Officer Palumbo stated those dogs are owned by Gabriel Vallez and that she was able to photograph the same two dogs some days later, she said she found them loose on nearby Nyemii Pass Road. The officer said those dogs “matched the description given to me by the victims.”

Jose Ledesma has never been arrested in this case, and he remains at liberty on his own recognizance. A date for sentencing has been set for May 3, 2013, in the Vista courthouse. 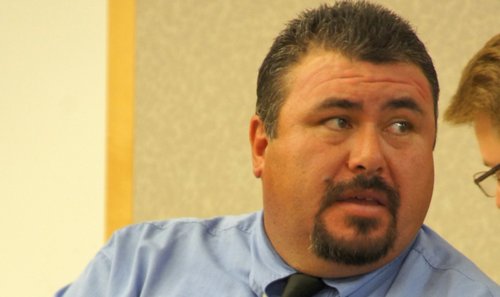 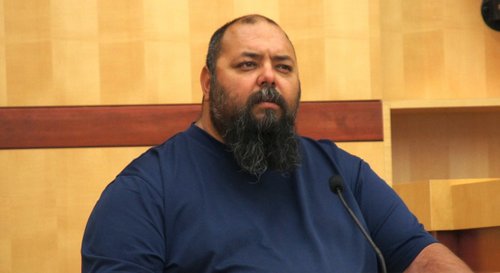 Gabe Vallez said they are his dogs. Photo Weatherston. 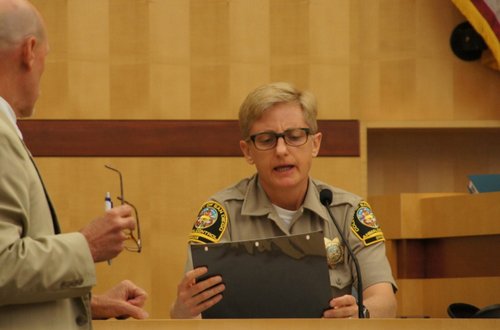 Officer Joni Palumbo made a dog-photo-lineup during her investigation. Photo Weatherston.