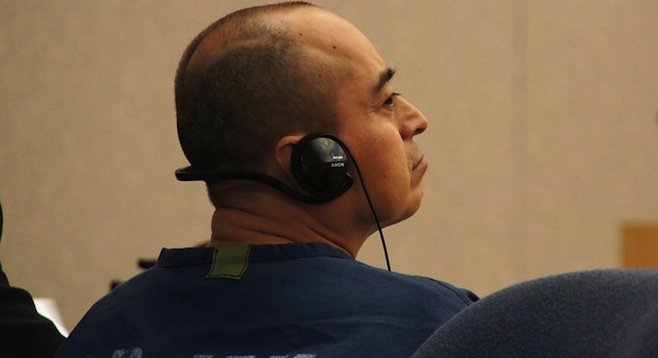 Accused of hiring out girl and keeping her as a servant

An Oceanside couple accused of sexually assaulting their 12-year-old niece more than ten years ago made a plea deal in San Diego’s North County Superior Courthouse yesterday, according to a prosecutor.

Marcial Garcia Hernandez, 45, and Inez Martinez Garcia, 44, were facing 26 felony counts of aggravated sexual assault of a minor, accused of sexually abusing their niece themselves, in addition to hiring the girl out to other men. In testimony at a preliminary hearing last month, the now-adult-victim also said she was kept in their Oceanside home as a servant to do cooking and cleaning and to care for their own three children, but was not allowed to go to school herself.

Yesterday afternoon, March 26, 2013, the uncle pleaded guilty to one count of rape of a child and one count of child abuse, and he expects to get 23-years-to-life in prison, according to prosecutor David Uyar.

Aunt Inez Martinez Garcia, 44, pleaded guilty to three counts of child abuse, and she expects 20 years in prison when she is sentenced in two months, the prosecutor stated.

The now-24-year-old victim testified that she lived in the couple’s rented home from early 2001 until November 2002. Within two months of her arrival, she said her uncle forced himself on her, and that on multiple occasions sex abuse occurred with her aunt present in the room.

The victim said it was after a particularly savage beating with a belt that she finally phoned police for help; she remembered it was the day before “turkey day” or Thanksgiving, of 2002. She said she was taken to a refuge in San Diego County known as the Polinksy Center, where she stayed for a week and was given medication for what was alleged to be a sexually transmitted disease, before she was returned to her parents in Mexico.

Sentencing is scheduled for May 20, 2013, in San Diego’s North County Superior courthouse in Vista.