Raul Licon Jr., pleads not-guilty to sexually assaulting a boy over a two-year period, starting when the child was fourteen, in 2009.

Defendant Raul Licon Jr. turned 39-years-old this month. The alleged victim also had a birthday this month, he just turned 18. The accuser now appears taller than his alleged abuser, Raul Licon Jr. is 5 feet 9 inches tall and 165 pounds, according to investigators’ statements found in court files.

The alleged victim testified in San Diego’s North County Superior Court, he stated that he was 8 years old when Raul Licon Jr. married a female relation and entered the boy’s life. He claimed to be abused between the ages of 14 and 16, the alleged incidents occurring in a San Marcos home and on family vacations.

Carpet was collected from different places in the San Marcos home where the boy said acts of abuse occurred, semen was found, and the samples were DNA matched to Raul Licon Jr., according to testimony.

The boy said he became suicidal in late 2011, “because I felt trapped” and “I couldn’t get out of the events and they kept occurring.” He reportedly carved the words MISERY and FREAK into his own body using a box cutter, and was then taken to hospital where he revealed the alleged abuse.

Private defense attorney Richard Layon aggressively challenged the alleged victim’s credibility, suggesting the teen had a “grudge” against the defendant and the abuse claims are “absurd” and “fantasy.” The defense attorney suggested the boy had petty disagreements with the defendant over loud music and household chores. The boy confirmed that he found Raul Licon Jr. to be a “jerk” who “would be a lot nicer to me” after each alleged molest.

Friends and relatives and classmates of the alleged victim testified, they variously described the boy’s complaints about his alleged tormenter as “just typical teenage complaining” or “over-the-top.”

Raul Licon Jr. is next expected October 17 at 9:30 a.m. in Department 5 of the Vista courthouse. He remains at liberty, on bond previously posted. 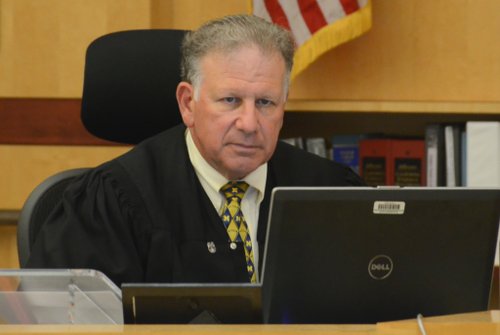 Were any charges dismissed, or were there only 6 to start with?

i don't think I have ever seen a prelim where the judge did not rubber stamp the prosecutors case.