The secretario de Seguridad Pública (secretary of Public Security) of Mexico recently released statistics on Baja California revealing that 2,591 police in the state have been removed from their positions since 2007. The statistics were released to El Universal newspaper which is based in Mexico City.

El Universal reported today, September 17th, that the majority of those fired were because of ties to drug cartels. Around twenty percent of those are already imprisoned on criminal charges. While a program was intended to be implemented on tracking those who were released but not charged, it proved a failure.

A large portion of the former police charged with crimes had ties to the Sinaloa cartel. The Sinaloa cartel made a push into Baja California in recent years and has turned to police as the group looks for recruits.

Baja California has been applauded across Mexico for the initiative it took to purge corrupt police. Much of the credit has been given to Julián Leyzaola, who was chief of police in Baja before leaving for the troubled city of Ciudad Juarez. 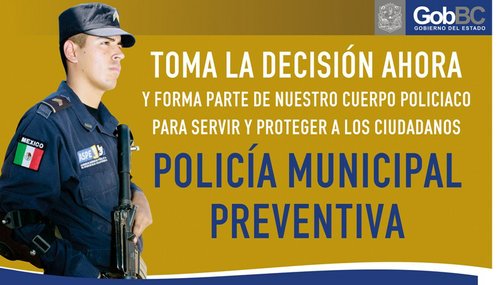 I'm guessing that's the number who couldn't come up with the bribes for their commanders?

Bribery and corruption is simply part of the culture in Mexico. If you need anything done, it's known and expected that you have to slip a few pesos to the government officials involved. Their salaries are kept low because of the expectation that they'll make a certain amount in bribes. So how can you be surprised when they are a little too corrupt, when they expect a little too much?

The only way for Mexico to ever have a shot at a reasonable society is to completely end all corruption... pay salaries that can be lived on and zealously prosecute every bribe, every time, with no exception. But nobody wants that... "Oh, you don't understand, that's just the way things are done, we can't go after these guys for doing what they've always done and what their fathers did and what their fathers did... it's just how things work here in Mexico!" And so the cycle of corruption and links between the cartels and the government, police, Army, etc. wil continue.

Well put. My first reaction upon seeing the headline was that all that turnover was just south-of-the-border business as usual. It wasn't that all the cops were crooked and were fired for being crooked. Their political loyalties may have been questioned, and a more than a few bit the dust because they were too honest.