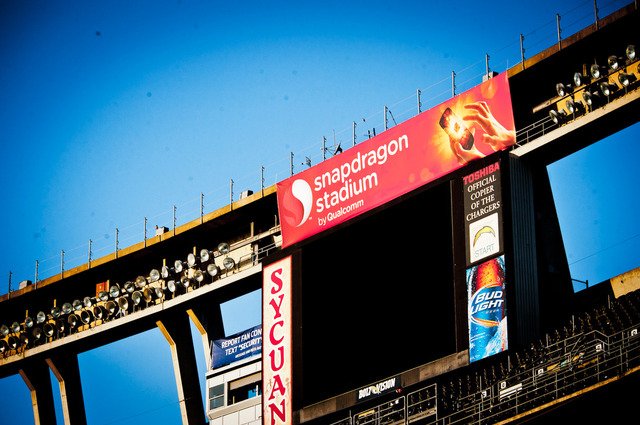 The office of San Diego Mayor Jerry Sanders today responded to our public records act request, made December 12, for documents regarding the city's deal with Qualcomm Inc. to stage its "Snapdragon Stadium" promotion at Qualcomm Stadium last month.

The mayor produced just one document, leaving the question of whether the city will release any more records regarding the now-controversial transaction hanging in the balance.

As related here yesterday, the office of San Diego city attorney Jan Goldsmith advised in a memo that the promotional gambit, involving a temporary change of Qualcomm Stadium's name to Snapdragon Stadium, with sign changes on both exterior and interior of the venue, violated the law.

According to Goldsmith's office's response to our public records request to him, the city attorney had no other releasable documents regarding the deal.

Here is this afternoon's response from the mayor's office to our December 12 request:

"Mr. Potter: Attached please find the Agreement between The City and Qualcomm for signage. This is one of the responsive documents you had requested in your PRA request. You had also requested emails, memos, ledger, checks, etc in this regard.

"We will make responsive documents in our possession available for your review as soon as they are indentified and compiled, except for portions of which may be exempt from disclosure under the Public Records Act.

"I will notify you as soon as the search is over.

The single document released to us today is a one-page agreement between Qualcomm and the city, requiring the company to pay the city $1,000 as a "promotional payment."