Another day and another quote about Mitt Romney's wealth has surfaced.

“My dad is a guy who puts family first," the young Romney said while stumping for his dad. "They finally gave my dad a day off. We got to stay in the house because we were there first. I had a couple other brothers that were out there that had to stay at my brother’s house. We got to stay at my parent’s place; they have a two-bedroom house, it's pretty small. My wife and I were there with our five kids in a two-bedroom house."

The house on Dunemere Drive has been in the news since plans of a large-scale remodel of the 3,000 square-foot beach home were posted on the City's website. The remodel will include amenities such as a swimming pool, with outdoor water feature, a multi-level four-car garage equipped with a car-lift to shift the vehicles around, and a 3,600 square-foot basement. 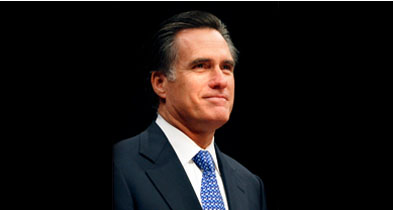 Photo of Mitt Romney from Wikipedia