Pearl Hart, AKA 'The Lady Bandit's,' legacy lives on in newspapers.

I had a homework assignment in one of my classes last semester where we researched old newspapers. I came across a story about Pearl Hart, which peaked my interest. Hart caused a stir among the media for being a woman robber.

Here's a series of stories that were originally published in The Arizona Silver Belt the summer of 1899. To be honest, I was a little obsessed with this person's story for awhile. I even tried writing some historical fiction, but I stopped after finding an awesome short story called "Hart and Boot," by Tim Pratt. The magical realism story made me realize that I should just enjoy it for what it was.

Let me know what you guys think. 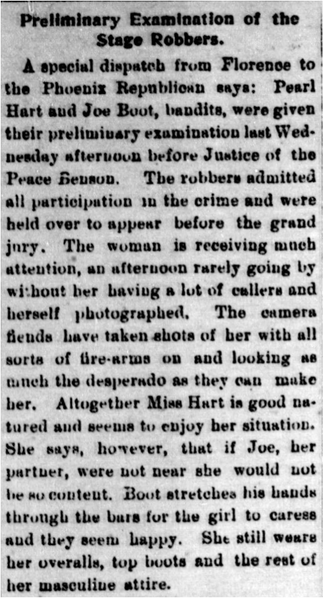 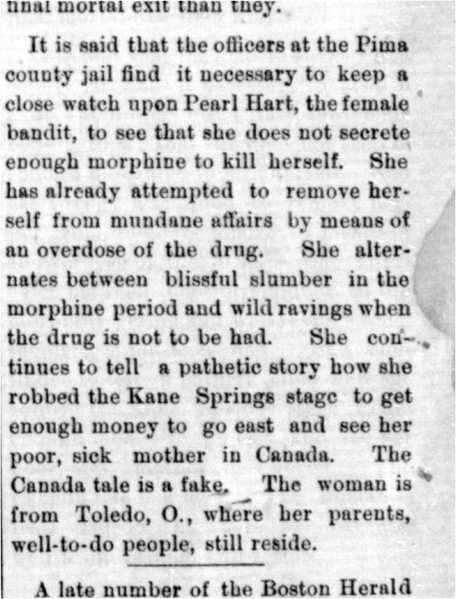 Fascinating stuff, thanks for posting!

It is fascinating! It's cool to find rea-life characters like the infamous Lady Bandit.