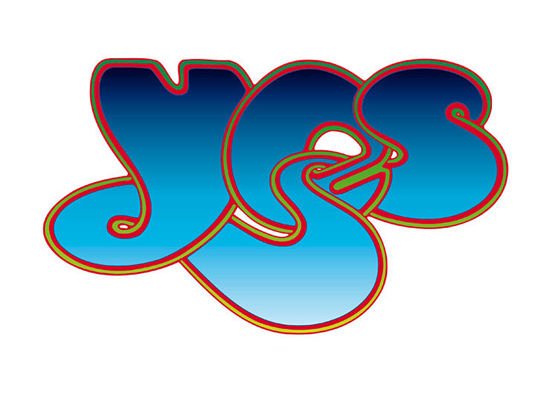 Backstage at Humphrey’s with Yes

On August 4, local duo Scott West and Alex DePue opened up for prog rock legends Yes at Humphrey's Concerts by the Bay. DePue, who’s been touring and recording with Steve Vai since 2007, landed the Vai gig via a YouTube video featuring DePue’s arrangement of a Yes tune, “Owner of a Lonely Heart,” which has so-far scored over a half million views.

“When we arrived at Humphrey’s,” says West, “we were greeted at the front by Yes keyboardist Geoff Downes, who chatted with us until he was called away to soundcheck.” “The Yes production team and Humphreys production teams took over and quickly whisked our equipment backstage and then started asking us about the stage setup design and lighting needs. Their lighting manager asked us about preferences and sides to light us from and set black X's on stage as marks for us for spot lighting. The stage setup folks used these to set our equipment. Coming from a sound guy for BGP [Bill Graham Presents] with a couple decades of experience, I've never dealt with a more professional crew.”

“One of the high points of the day,” says West, “was when the members of Yes came out of their dressing rooms during our soundcheck to listen to Alex's arrangement of ‘Owner Of A Lonely Heart.’ I looked over, and there was Chris Squire, Alan White, Geoff Downes, and Steve Howe listening.”

“I'm a keyboard player, so I played all of those Yes songs, along with music by Kansas, Genesis, ELP, and the other progressive bands because they were the ones really exploiting keys with a rock sound. So this night was great for us, because we both love Yes. Alex and I have both had a lot of classical training, but I think that, underneath it all, we're both really rockers at heart and both really like to play fast. To cut, when we can, but still play with intonation and dynamics.”

The 2011 edition of Yes (Chris Squire, Alan White, Benoit David, and Downes) rehearsed two new songs from the latest Yes album Fly From Here, both of which made their live debut that night onstage.

Backstage, after both bands had played, “Alan White told me that they had a 6:30 call time the next morning, just hours away, but the members of Yes still managed to hang out with us for several more hours. I got a chance to talk with Steve Howe, who missed their soundcheck earlier but arrived during ours. Steve is a great musician and nailed the two new songs that he missed going over during soundcheck.”

“Benoit David said that he really liked our set, as did their tour manager, who tapped to the beat in the front row as Alex wailed through his solos.” Guitarist Steve Vai caught the DePue video, made contact, and auditioned him. “I was auditioning violin players and I was petrified,” says Vai. “I was scared to death, when they started coming down, because nobody could play. I mean, there were these guys, these folks that could really shred. I mean they could play really fast and do all this stuff, but none of them had really good intonation or really understood the nuances of making a piece of music really sound like music. I started to think that my expectations were really unrealistic.

“But then Alex DePue showed up, and I remember falling to my knees and thanking God. This guy just nailed it. I mean some guys are just gifted and, when he started to play, I heard his intonation and his ability to hear what I was doing and to respond to it, playing extremely difficult things with ease, and also playing light stuff.”

DePue has been touring and recording with Vai since 2007, as well as with Miguel De Hoyos, Joe Satriani, and others. He has two consecutive National fiddle championship titles under his belt: 2010 Judges Award and the 2011 Audience Award.

Scott West will be opening for the Fixx at Ramona Mainstage on Saturday, September 3. All ages, doors open at 7 pm.

Great set with YES by Scott West and Alex DePue! It was the first time that I've ever heard an opening act that sounded like a really, really good headliner! You've got a fan for life! Check out the Youtube videos for these guys! :)